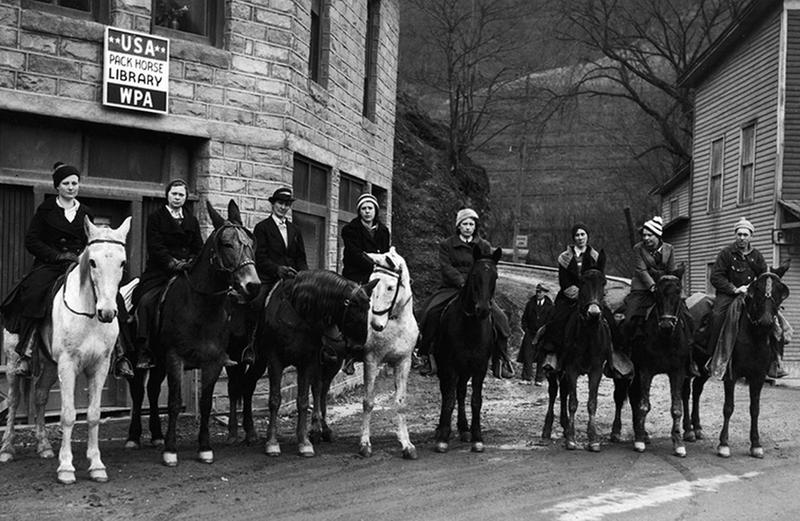 During the 1930s, the WPA sponsored horseback librarians -- all women -- to visit rural Americans, bringing them books; the librarians were only allowed to make deliveries in counties that had existing libraries, so schools and other institutions donated materials to establish libraries that would make their counties eligible.

The program ran until 1943, and, as with many WPA programs, it was lavishly documented by talented photographers, as a reminder to all of us in their future that America is a place where we take care of each other.

These adventurous women on horseback would ride as much as 120 miles within a given week, regardless of the terrain or weather conditions. Sometimes, they would have to finish their travels on foot if their destination was in a place too remote and tough for horses to go.