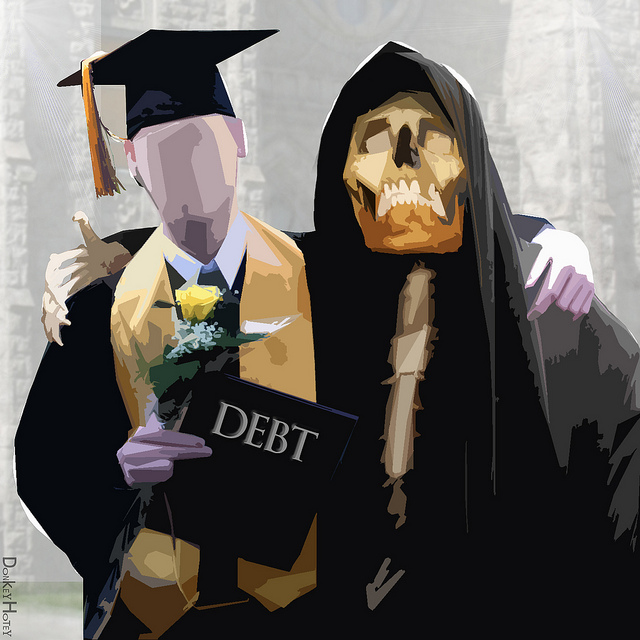 Republican Sen. Lamar Alexander has introduced a plan to completely upend the existing student loan payback system. How big is this plan? About 40 million borrowers big.

Under Alexander's proposal, there would be just two repayment routes: one in which borrowers' monthly bills are capped at 10 percent of their discretionary income and another that spreads their payments out over a decade. Employers would be responsible for taking the funds from their employees' paychecks and sending them to the government. (Of course, student loan borrowers currently can set up automatic payments with their lender. They also typically get a discount on their interest rate for doing so.)

"I think this proposal is likely to become law, after some tweaks," said Mark Kantrowitz, a student loan expert.

For many borrowers, including those who lack stable employment or work in the gig economy, forced automatic payroll withholding may mean diverting money away from rent, heat or food in order to pay their student loans. It could also mean that they would have to give their employers a lot of information about their families (potentially including a spouse’s income) and their student loan debt in order to calculate the student loan payment amount.

This is a recipe for disaster, especially considering it would make the borrower's amount of debt known to their employer who could easily use that information to tailor promotions, offers of overtime, and raises.

An estimated 44 million Americans owe over $1.5 trillion dollars in student debt. A study from NerdWallet revealed that many millennials won't be able to retire until they're 75 and they will lose nearly $700,000 in retirement savings over a 50-year period. There's no question this country has a student debt crisis. Garnishing the wages of people already living paycheck-to-paycheck could turn it into a catastrophe.

Corinthian Colleges, Inc. was yet another for-profit university that screwed over hundreds of thousands of people with pyramid schemes that promised a higher education at the end of some labyrinthine maze. The company filed for bankruptcy in 2015, and the U.S. government ruled that any students with outstanding debts should have those debts cancelled. That […]

If you’ve been keeping up with the slow-burning student loan crisis — the lifetime of debt imposed by the exploding cost of higher education — you’ve probably read a thing or ten from Drew Cloud, one of the foremost experts on the subject. He’s been quoted and featured in numerous articles, appearing in major news […]

In the UK, 77% of 2017 university grads will never fully repay their student loan debt

Because of the UK’s dramatic shift from student grants to loans, a startling report from the Institute for Financial Studies predicts that 77.4% of university graduates in the UK’s class of 2017 will not repay their full student loan obligations. This is up from 41.5% just six years ago in 2011.