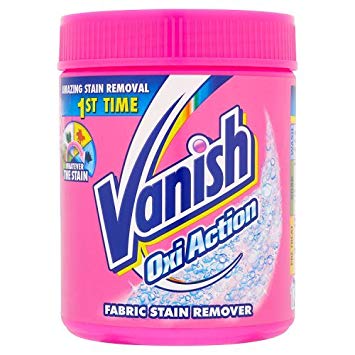 A few years ago, a friend of mine, Nico Sell (who runs the Defcon kids' programming track r00tz) asked me to join the advisory board for her startup, Wickr, which does "ephemeral messaging," a subject that is greatly in the news with Facebook's recent announcement of a new kind of "ephemeral messaging" option.

I was very skeptical when Nico asked me to join Wickr's advisory because I thought that it wouldn't work: if I don't trust you and I send you a message, even a disappearing message, you might screenshot it or just take a picture of it with a camera before it disappears.

But Nico set me straight: Wickr is for people who trust each other's good intention, but not each other's ability to perfectly remember to delete stuff after they're done with it. This is a real problem for lots of us: I always assume that when I cross a border that anything on my phone might be liable to search and seizure, and since I have people who send me stuff in confidence (journalistic sources and even just friends discussing personal matters) I always go through all the different messaging systems I use and delete that stuff in advance.

Ephemeral messaging systems relieve people of that burden. I sometimes realize -- after crossing a border -- that I forgot to delete my Twitter DMs or some other obscure kind of message on my phone. I would love it if all the services I used let me set a default delete-by date of, say, one week.

There are other problems that ephemeral messaging doesn't and can't solve. As Emily Dreyfuss points out in Wired, people you think you can trust not to make a record of your "off-the-record" discussions sometimes turn out not to be trustworthy. Sometimes the apps have bugs -- or obscure "backup my messages" settings -- that preserve things that you thought were being deleted.

Then there's the problems that ephemeral messaging creates: there are public officials with a duty to preserve their communications for public records requests who put them into ephemeral messaging services that auto-delete them. This is like public officials who shred memos they have a duty to preserve: it's illegal and it should be punished (but not by depriving the rest of us of an automated means of managing our own deletion policies).

And when ephemerality does work, it can cause its own sorts of problems. Historians compiling records of this age will be unable to include most private messages and disappearing Snapchats. Some people may regret not keeping a record of what they share ephemerally. I post most photos of my son to my Instagram Stories without the option to archive turned on, as a nod at protecting his privacy. One day I may wish I still had all those curated moments.

The question of whether government officials should even be able to use encrypted or ephemeral messaging is a legally fraught one. Deleting the words of government officials may violate public records requirements. “It raises First Amendment concerns,” says Rossi. “What happens if you are a public figure. Do you have the right to delete your Twitter feed, or is that a public record?” The Department of Justice has said that Trump’s tweets are “official statements of the president,” which raises the question for some legal scholars of whether it’s ever legal for the president to delete his tweets. Furthermore, you don’t have to be a government figure for this kind of thing to matter; anyone involved in a legal case may find themselves in hot water if they delete social media posts that could be pertinent to their case. That could apply to things like Instagram Stories.

Ephemerality Is a Lie [Emily Dreyfuss/Wired]