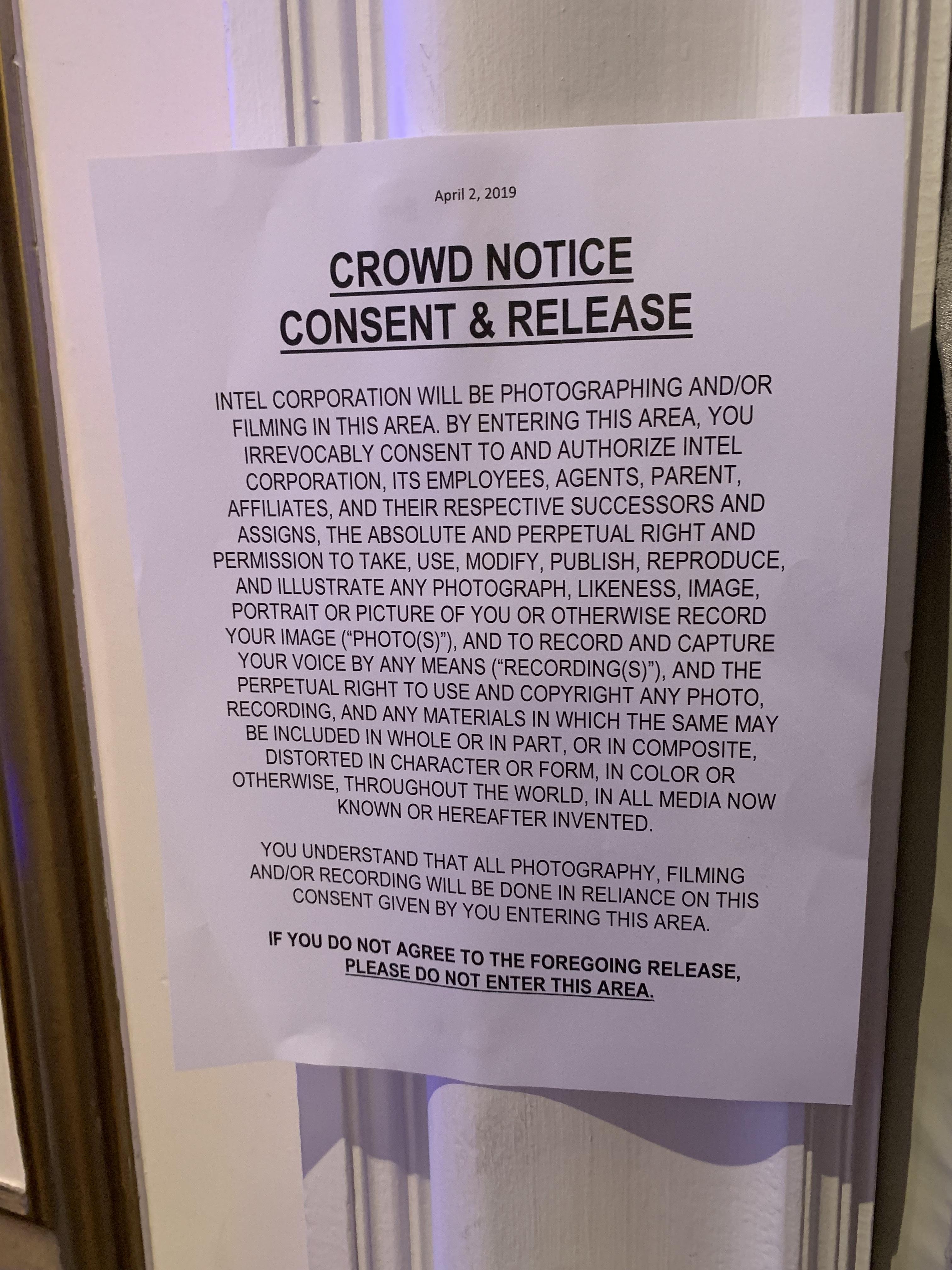 Mitch Wagner attended an Intel press and analyst event today where he spotted these notices "posted discreetly in a couple of places on the walls": at first glance, they seem like your garden-variety abusive bullshit release ("Abandon hope all ye who enter here") but there's a decidedly Vessel-esque clause that seems to be saying that Intel claims the copyright in any photo or video in which any of the event appears, even "distorted in character or form, throughout the world, in all media now known or hereafter invented." This is some next-level bullshit.