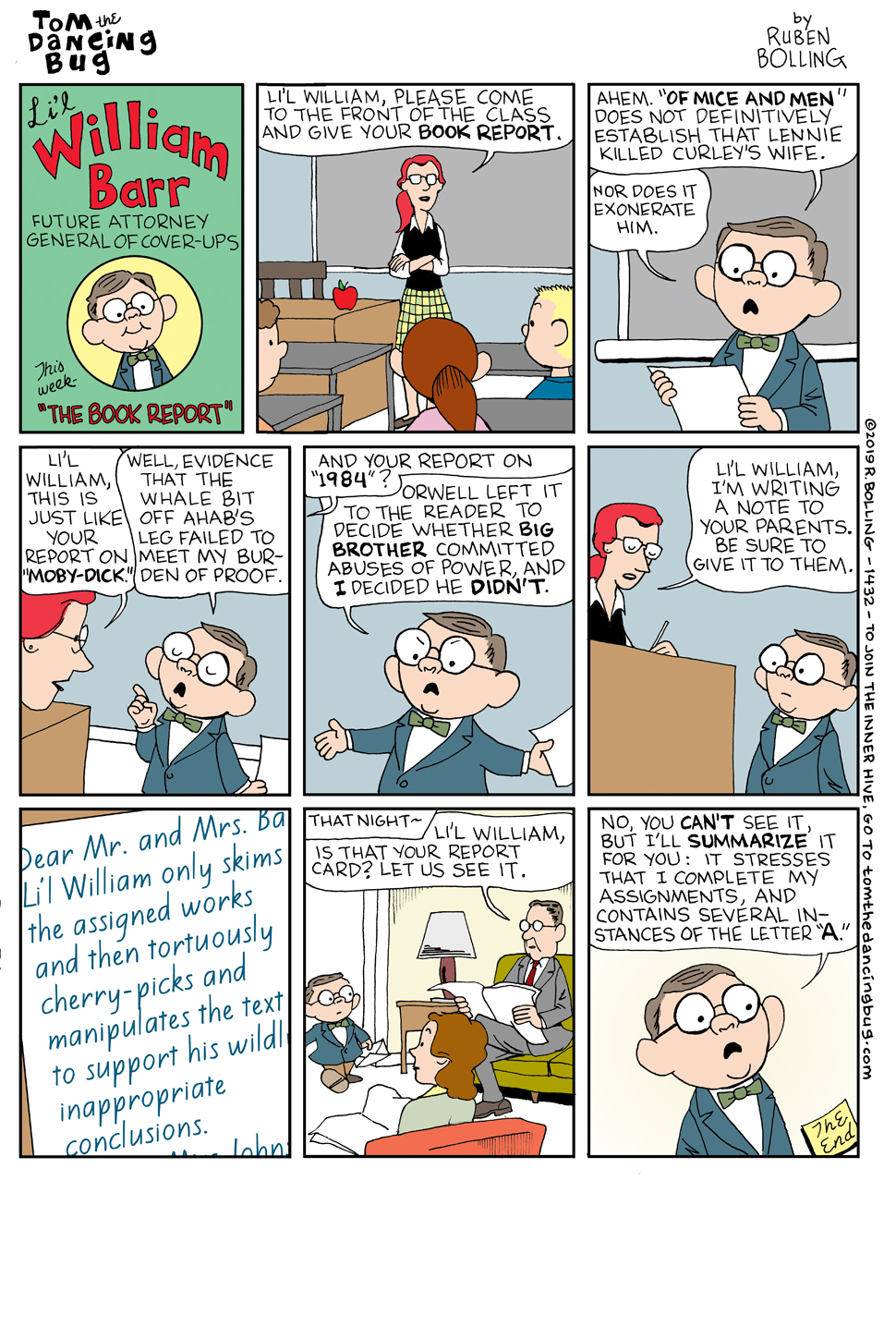 Tom the Dancing Bug, IN WHICH Li'l William Barr issues his classroom book reports, and lawyers up his summaries

Every company needs to have a firm grasp on their bottom line. But while every company used to have their official ledger books or one of those old-school physical world accountings of a company’s every asset and expenditure, many firms don’t work that way anymore. Oh, they all still balance their “books” (if they want […]