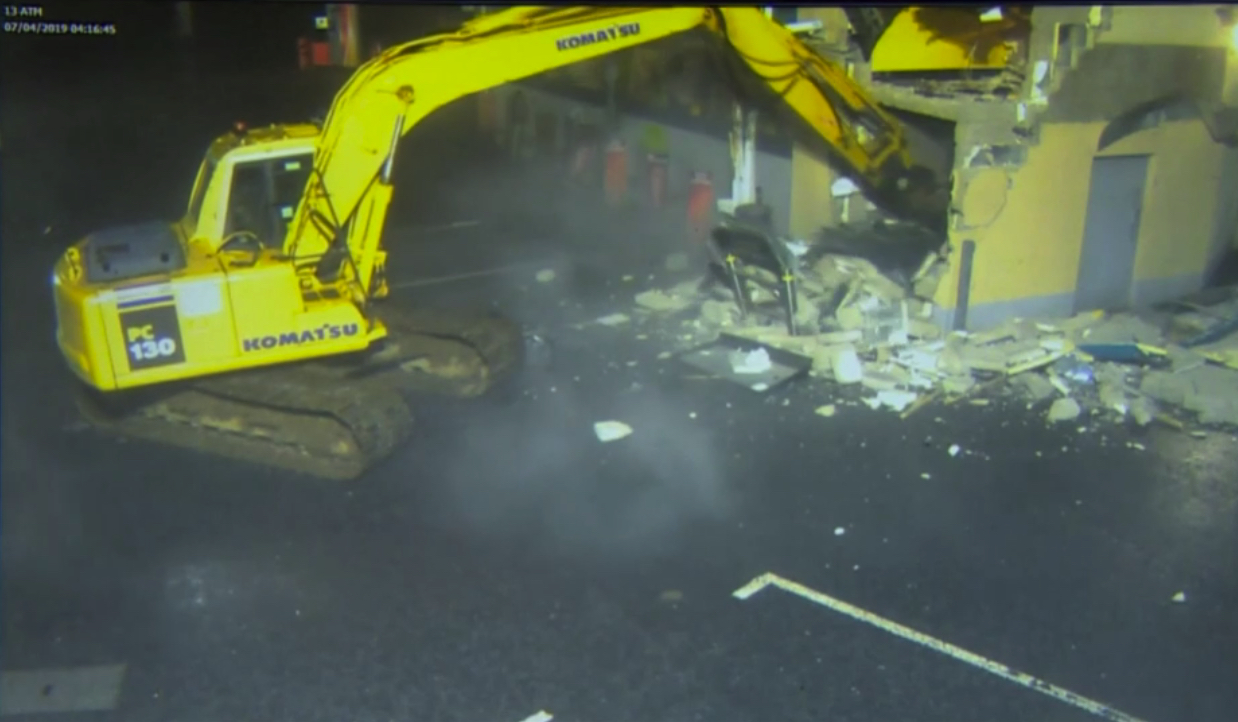 Thieves in Dungiven, Northern Ireland, figured out a clever way to get cash at an ATM without having to install skimmers and wait for punters to come along: tear the entire thing out with a fourteen-ton digger.

The footage shows the digger driving through a security gate then tearing the machine from the wall. ... The cash machine was lifted into a Citroen Berlingo car which had part of its roof cut off. A number of masked men are seen in the footage. The raid lasted just over four minutes. Afterwards the car was driven away with the cash machine sticking out of the roof.

The Komatsu PC130 Hydraulic Excavator is 25ft long and 9ft wide, with a maximum reach of 26 feet, a digging depth of 18ft, and 85hp of gross power provided by a 4-cycle, water-cooled, direct-injection turbocharged Komatsu S4D102E engine. I'm afraid if you want to get one delivered from Amazon Prime you'll have to upgrade to the Komatsu PC210.