Who acknowledges that Climate Change is a reality? And who doesn't? 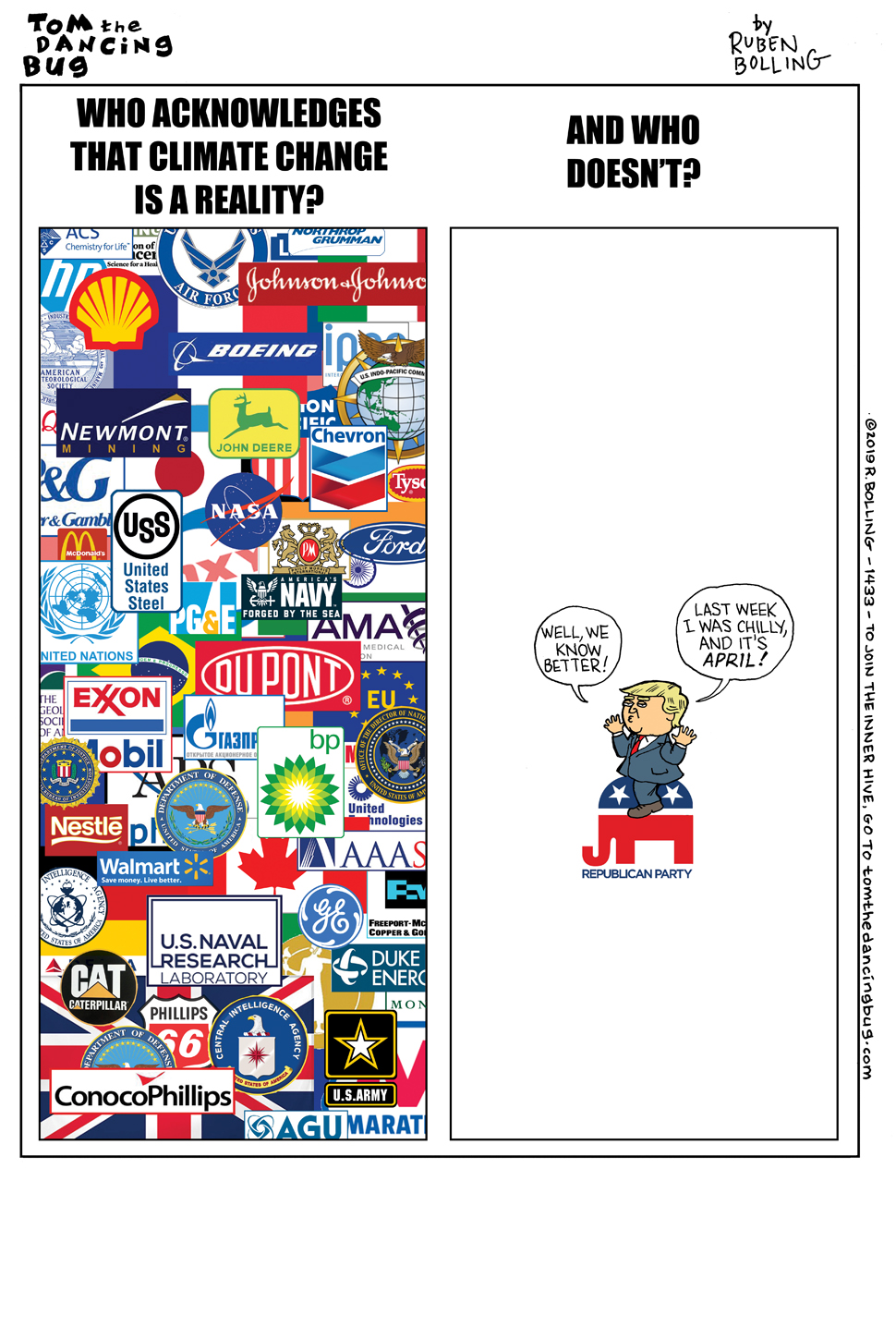 You wouldn't believe the fun you're missing if you're not a member of Tom the Dancing Bug's Proud & Mighty INNER HIVE! Get with it!

Tom the Dancing Bug, IN WHICH Gavin Smythe of Chagrin Falls, USA, mows his lawn in a black-and-white world

Back in the ancient times of the 1980s, if you wanted your thoughts quickly translated into text and didn’t want to spend all day transcribing all those meticulously archived notes yourself, you either needed to hire a secretary or a stenographer. Now, rather than spending thousands of dollars a year on an ultra-fast typist, technology […]

If you’re invested in learning a new craft or even just elevating your abilities in a current skill, you likely want access to as much information as possible to help expand your talents. Different learning courses can definitely aid that pursuit, but it’s often tough to know exactly what’s included in any coursework and whether […]

Look, nobody wants to be talking about unclogging a toilet. There are few tasks more unsavory anywhere on a homeowner’s to-do list. Unfortunately, everything that ends up swirling its way down your porcelain throne doesn’t always find its final destination in the sewage system below. If a child decides to flush half the contents of […]