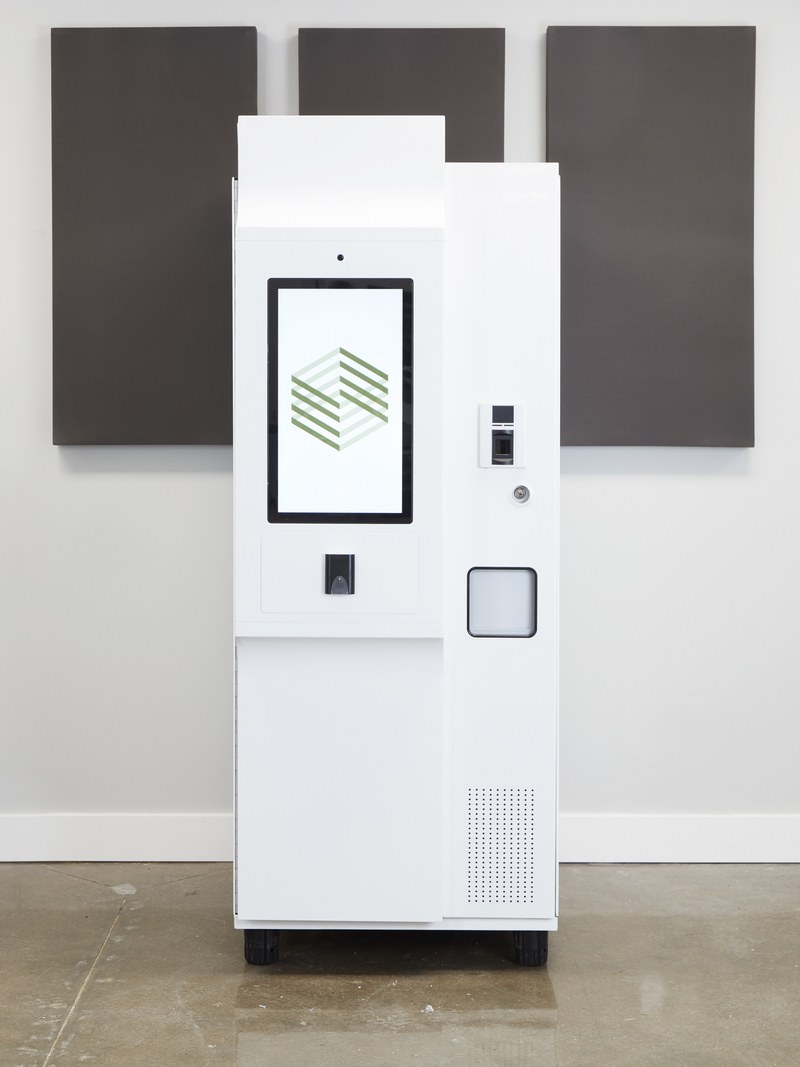 British Columbia -- ground zero for the opioid epidemic in Canada and long a principal point of ingress for heroin -- pioneered the harm-reduction approach with the world's first safe injection sites; now addiction researcher and MD Mark Tyndall wants to go further and end accidental overdoses from fentanyl and other additives by giving registered addicts access to an armored, biometrically controlled "opioid vending machine" that dispenses prescribed amounts of hydromorphone pills without subjecting addicts -- whose lives are often chaotic due to homelessness and the need to steal or prostitute themselves to avoid dope-sickness -- to a bureaucratic process at a pharmacy or clinic.

Tyndall points out that the opioid epidemic is not like other epidemics, which slow down after the vulnerable population is killed off -- rather, opioids keep finding their way into the hands (and veins) of fresh addicts, and the body count is mounting.

Tyndall came up with his proposal spontaneously, while giving a talk at an overdose symposium in Victoria, BC, and the idea was spotted by Corey Yantha of Nova Scotia's Dispension Industries, a startup that makes armored, biometric legal weed vending machines (Canada legalized marijuana last year).

Tyndall's idea has been divisive. It may be the reason he was fired from his long tenure as executive director at the British Columbia Centre for Disease Control. But it also attracted $1.4M from Health Canada for a phase-one trial, partly on the strength of Tyndall's exemplary record as a harm reduction/public health activist during the AIDS epidemic.

But whether or not the idea ends up bearing fruit, it has shifted the debate over opioids in BC: "from a war on drugs to a war on drug-related deaths," and many other players in BC are chasing other ambitious harm-reduction strategies that would have been unthinkable before the vending machine debate.

Meanwhile, in the USA, Trump's DOJ is suing states that are trying to establish safe injection sites, despite the fact that these have been shown to reduce overdose and death, and to increase the chances that addicted people will enter and complete recovery.

That’s not a reason to avoid studying it, Lysyshyn hastens to add, but it’s critical to consider. “We need to do due diligence in making sure we’re doing no harm in the process of trying to do good,” says David Patrick, Tyndall’s successor at the BCCDC, who has known Tyndall for decades. “I think Mark’s got a brilliant hypothesis on this, but I don’t confuse a hypothesis with a conclusion.”

Tyndall hasn’t quite come up with the most satisfying answers to these questions. He isn’t certain there is a way to do no harm. “There’s nothing in public health that we do that there are no unintended consequences,” he says. What he underscores the most is that buying drugs from dealers is already plenty dangerous. He doubts this will make it any worse.

Knowing this vulnerable population the way he does, Tyndall thinks it’s unlikely that people who use drugs will do anything other than use the drugs they’re getting for free. Still, ever the realist, he admits there may not be a foolproof way to ensure that not one of the hydromorphone pills ends up in the wrong hands. He just believes it’s better than the alternative.

“There’s a distinct possibility that one of these pills could slip into a high school,” Tyndall says. “But in the whole scheme of things, with 1,500 people dying, it’s a very small price to pay.”