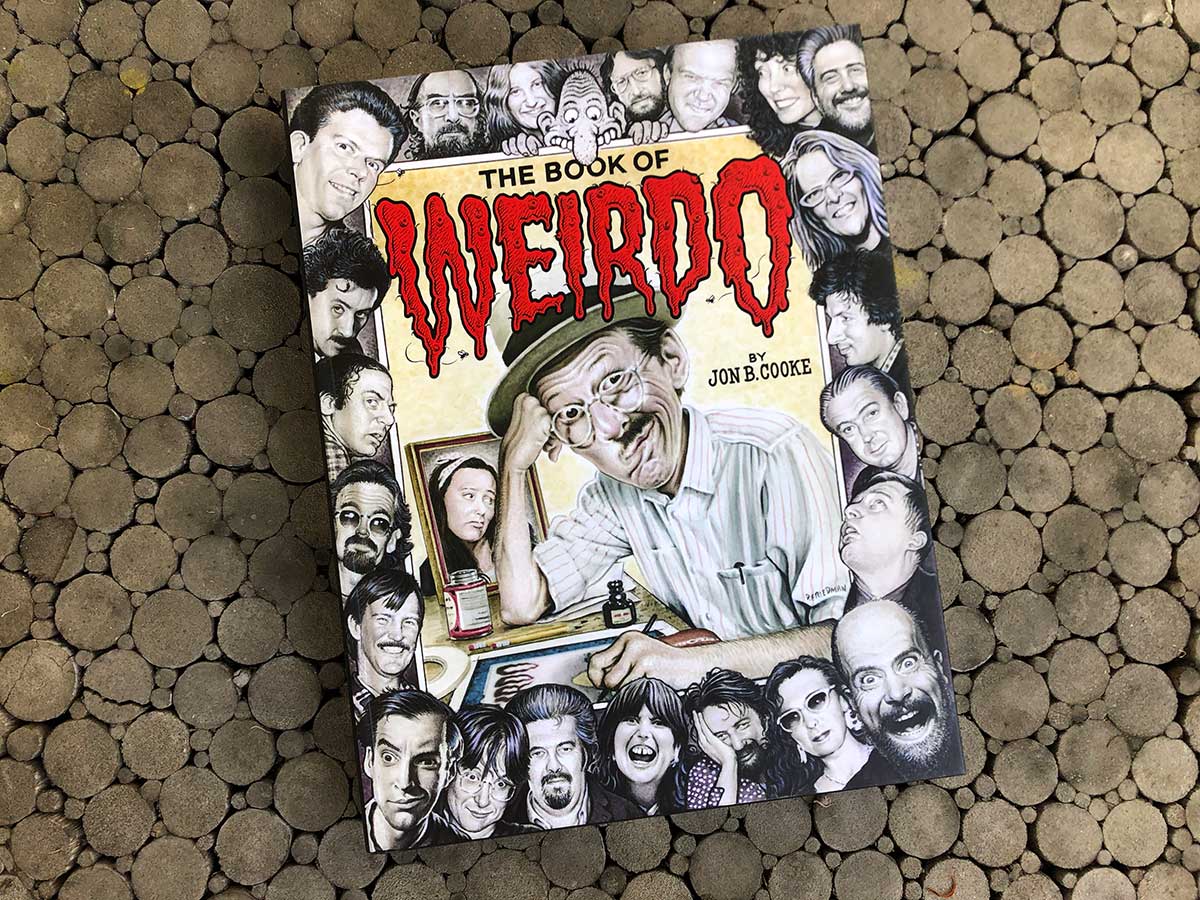 Robert Crumb launched Weirdo magazine in 1981. I bought the first issue from the comic book store I worked at in Boulder, Colorado, and it blew my mind. It had comics by Crumb (many people, including me, think Crumb's work in Weirdo is his best), a selection of incredible illustrations from the late Polish artist Stanislav Szukalski's bizarre theory about human evolution (Netflix has a new documentary about Szukalski produced by Leonardo DiCaprio), comics by homeless Berkeley cartoonist Bruce Duncan, tracts from the Church of the SubGenius (Weirdo was the first place I came across the Church), and Foto Funnies (starring Crumb and amateur models recruited from UC Davis). I had never seen anything like Weirdo and I instantly fell in love with it, looking forward to every issue.

Here's the intro, where Crumb describes Weirdo as, "another MAD imitation, another small-time commercial venture with high hopes, obviously doomed to failure."

The Book of Weirdo: A Retrospective of R. Crumb's Legendary Humor Comics Anthology, by Jon B. Cooke (published by Last Gasp, which also published Weirdo) is a deep history of Weirdo, which includes interviews with many of the cartoonists who contributed to the magazine over the years.) I was such a huge fan of Weirdo that I feel like this book was written just for me.

Drew Friedman drew the cover image for the book (top photo) and wrote an introduction, where he says:

Comics historian Jon B. Cooke has spent the last decade exhaustively researching and chronicling the history of Weirdo, the highs and lows, turning upside rocks around the globe to track down and elicit testimonials or (if folks were too busy or illiterate) interview just about every Weirdo contributor, some who have sadly passed on since this project began, and, of course he spoke with the three Weirdo editors, Crumb, Bagge, and Kominsky-Crumb.

What you now hold before you is an astounding retrospective of what was truly a groundbreaking publication, a magazine created and originally edited by the world's greatest cartoonist, yet featuring unknown fringe artists whose twisted yet personal visions could most likely not get published elsewhere.

Here's a new podcast interview with Robert Crumb, conducted by Jon B. Cooke.

Sample pages from The Book of Weirdo: