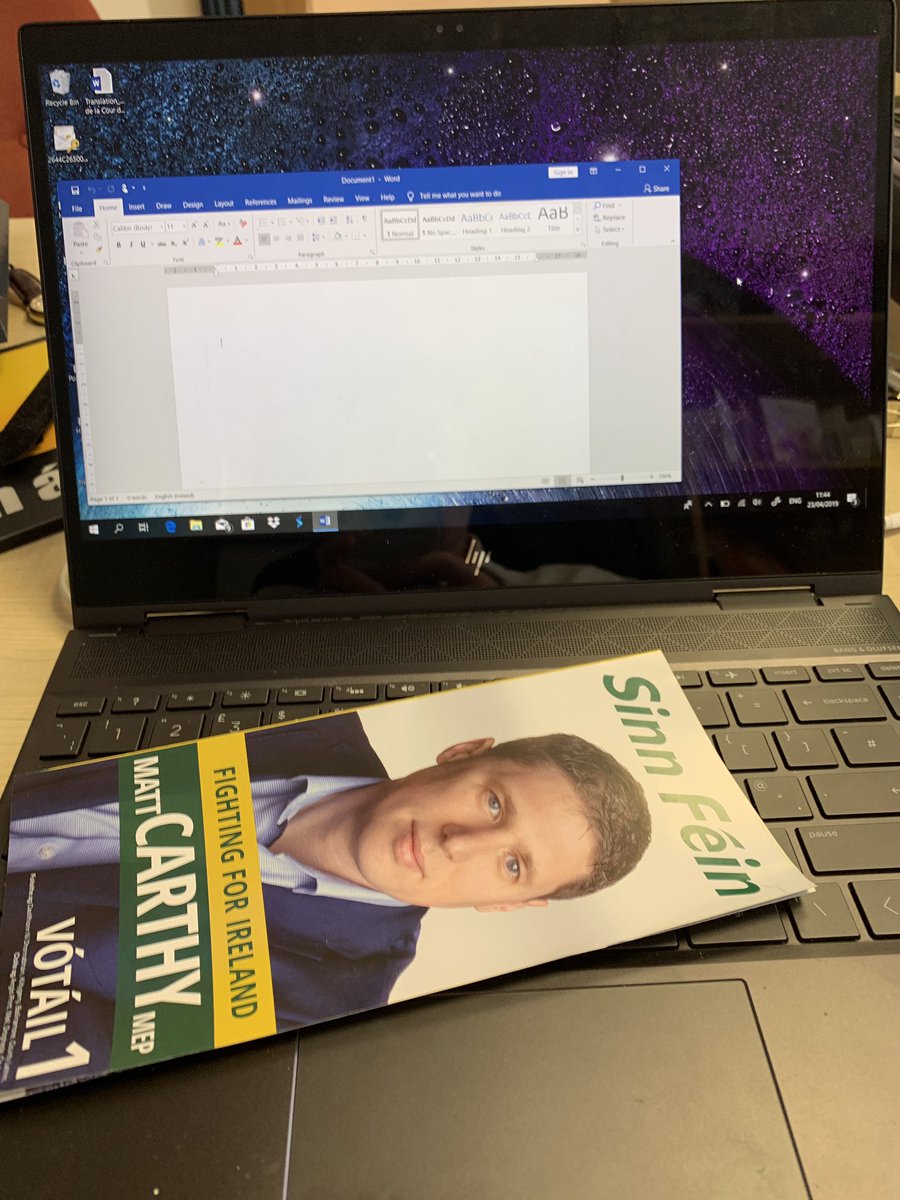 Matt Carthy is a Sinn Fein MEP from Eire; he's standing for re-election in the upcoming EU elections and has had fliers prepared with his headshot.

Carthy says that he noticed that his laptop battery seemed to be draining of its own accord. He solved the mystery when he realized "the kids have been using my election leaflets to get through the facial recognition lock..."

So, I was wondering why the battery on my laptop was running down every time I left it at home.
Turns out the kids have been using my election leaflets to get through the facial recognition lock...
I’m not sure whether to be proud by the wit or concerned by the sneakiness? pic.twitter.com/rtDsuNRB8B