Kickstarter for the Bitty -- a pocket drum machine/synthesizer 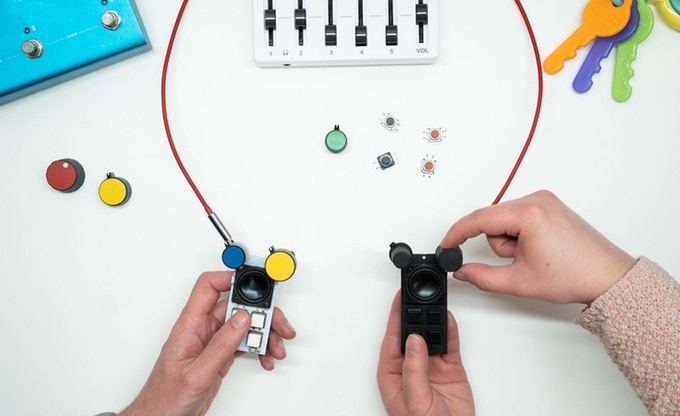 Nickolas Peter Chelyapov, founder of Curious Sound Object, has launched a kickstarter for fun electronic musical instrument called the Bitty. You can get one for $78. Below, some music made with a Bitty.

Gallium is a metal that melts at 86 degrees F. It’s more fun than playing with mercury, and probably safer, too (it *will* temporarily stain your skin gray though, because it’s “wet” when liquid and will adhere to the crevices of your skin). My daughter’s friend brought some over a couple of years ago, and […]

Funny postcards based on old paperbacks

Comfy Jr is selling a set of five Paperback Paradise postcards, including: Incel From Another Planet Here They Come: The Bats That Kicked My Ass Whose Cat is This? Secret Sex Skeleton Eat Celestial Shit

An aquatic ecosystem in a sealed glass bubble

We had one of these in the MAKE magazine office for years. I think the shrimp’s name was Fred. Amazon has the small one on sale for $44, which is an all-time low price. EcoSphere is a completely closed, balanced, glass ecosystem. Inside each EcoSphere are shrimp, algae, and microorganisms in salt water. Because the […]