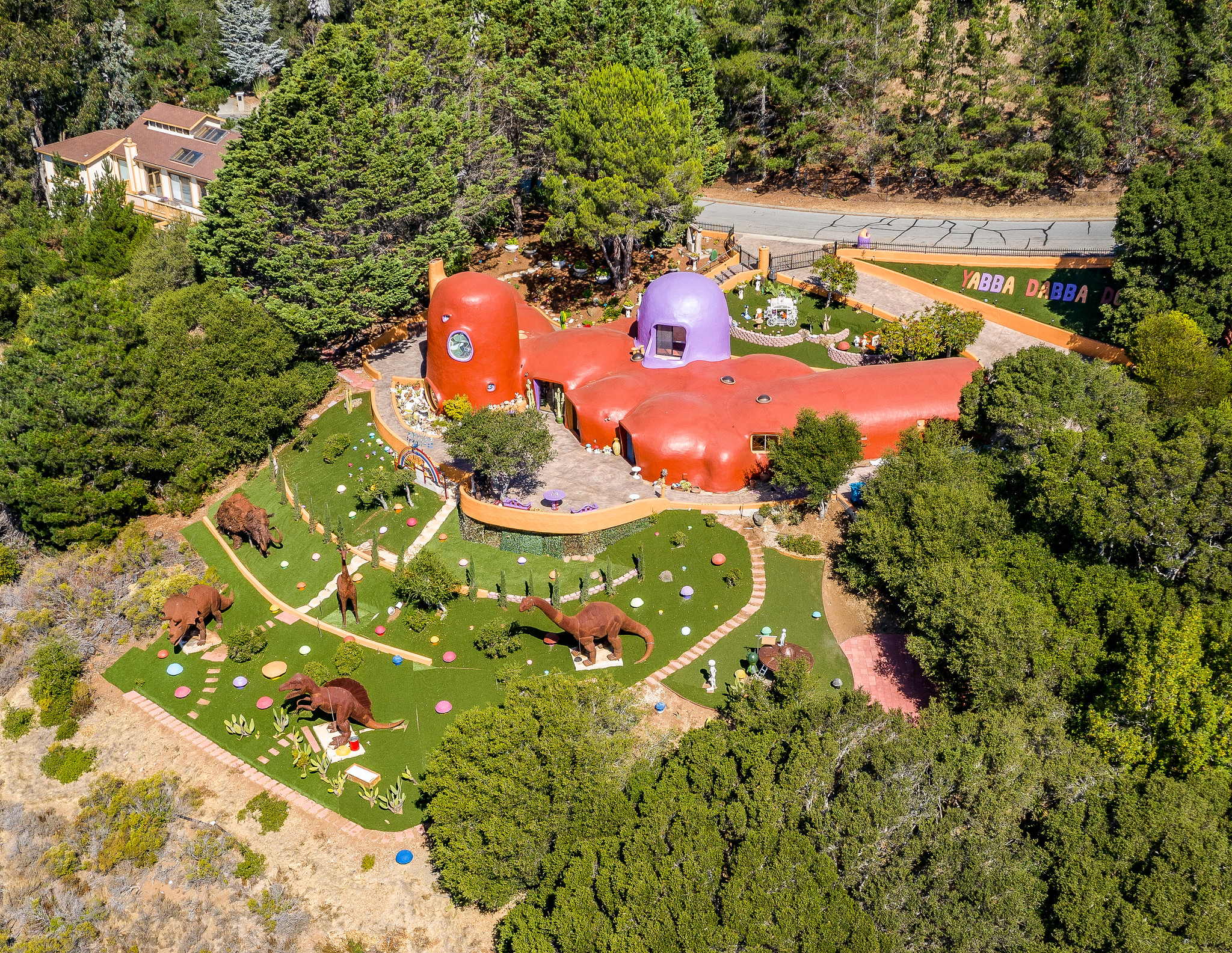 Florence Fang recently bought and renovated a unique concrete-dome house in California so it resembled the Flintstones' residence even more than it already did, adding giant dinosaurs in the yard and landscaping to match. The city of Hillsborough is suing her over the work, describing it as an "eyesore" and "public nuisance".

In March, the town of Hillsborough filed a lawsuit against Mrs Fang, alleging that she failed to obtain the proper permits for her landscaping work, declaring her home a “public nuisance”, and seeking a court order to remove the various “improvements” that have turned the home into what the town’s lawyer describes as a “highly visible eye sore” that is not “in keeping with community standards”.

The dispute has casted a pall over Mrs Fang’s enjoyment of the property, though I can attest that it is physically impossible not to smile while there. There are simply too many delightful surprises, from the lifesize Teenage Mutant Ninja Turtle toys in the guest bedroom to the glass octopus on the wall in the foyer (“An octopus is always good company,” Mrs Fang points out). Within moments of welcoming me into her “conversation room”, she demonstrates the workings of a toy chicken that dances, shakes its rear end and then lays three (plastic) eggs.

It's clear from the article that Hillsborough's government has been obsessed with the dwelling for so long that significant elements of the city's laws are aimed exclusively at preventing anything like it from happening again. Florence Fang turning it into a literal Flintstones theme park is clearly the best thing that could happen to them and to it.