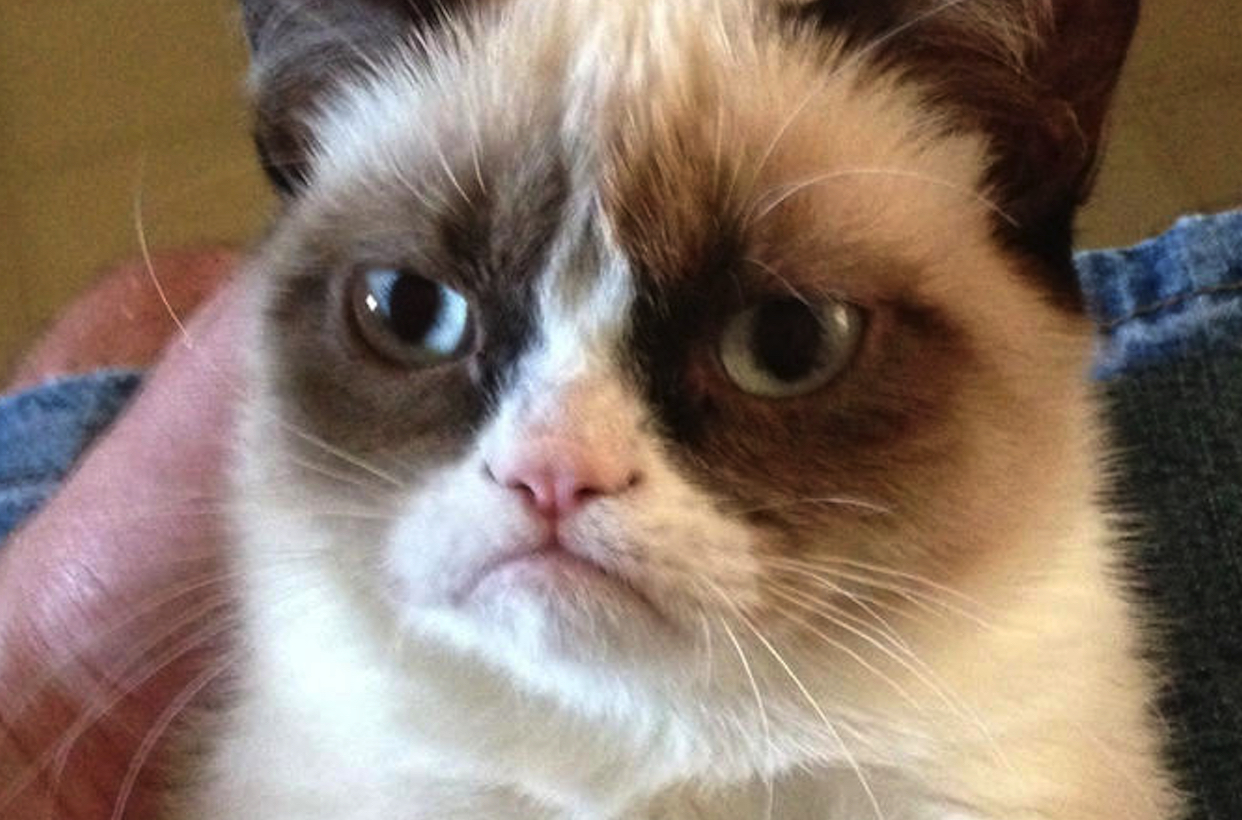 Tardar Sauce, a cat known to many as Grumpy Cat due to her distinctive facial expression and 2012 viral video success, died Tuesday due to complications of an infection. The BBC:

Her image quickly spread as a meme. According to owner Tabitha Bundesen, her facial expression was caused by feline dwarfism and an underbite. Grumpy Cat travelled the world making television appearances and in 2014 even starred in her own Christmas film.

Some days are grumpier than others... pic.twitter.com/ws209VWl97