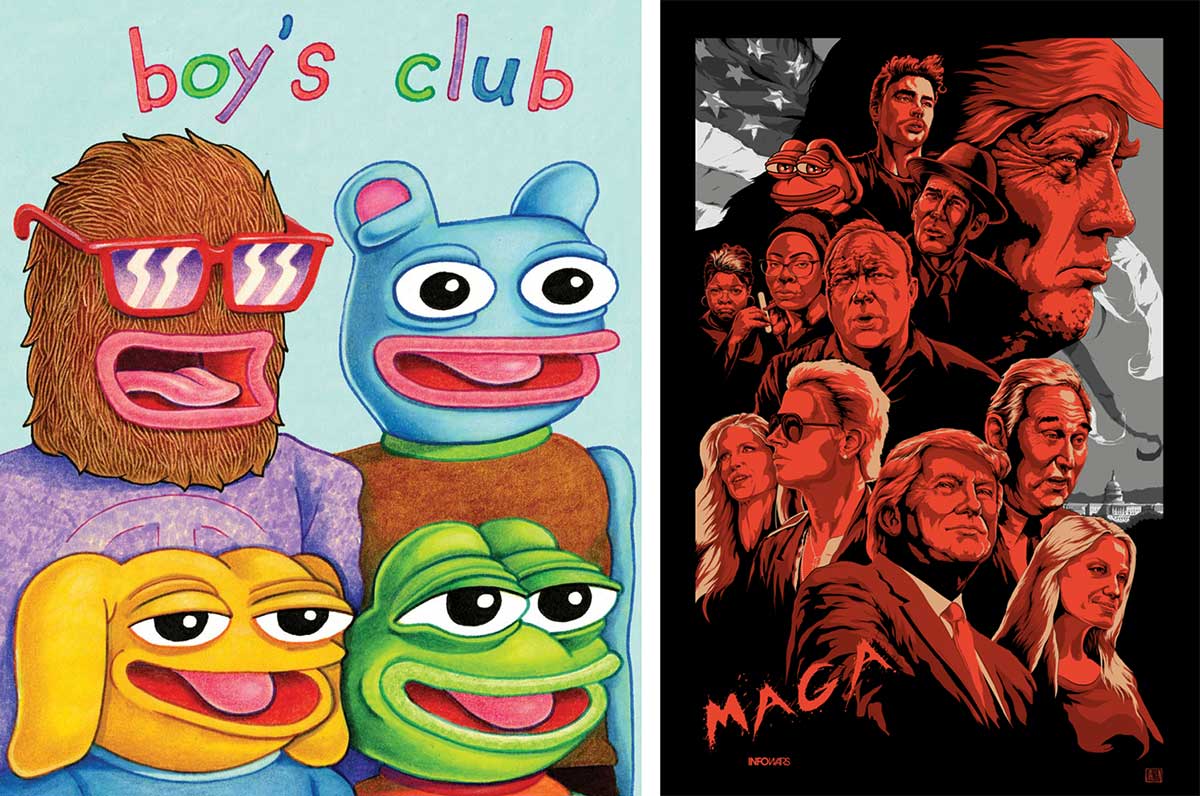 InfoWars settled a lawsuit by paying $15,000 to cartoonist Matt Furie for using his comic book character, Pepe the Frog, in a poster without permission. Pepe was an innocuous character who first appeared in Furie's 2005 comic Boy's Club, but was co-opted by neo-nazis, Trumpists, and fascists as a symbol for white nationalism and alt-right ideology.

Before settling, InfoWars tried a novel legal strategy of suggesting, without evidence, that Furie had actually based Pepe on an Argentinian amphibian cartoon character named “El Sapo Pepe.” But on Tuesday, InfoWars agreed to destroy all remaining copies of the poster, and pay back the $14,000 it made from the poster sales—along with an additional $1,000.