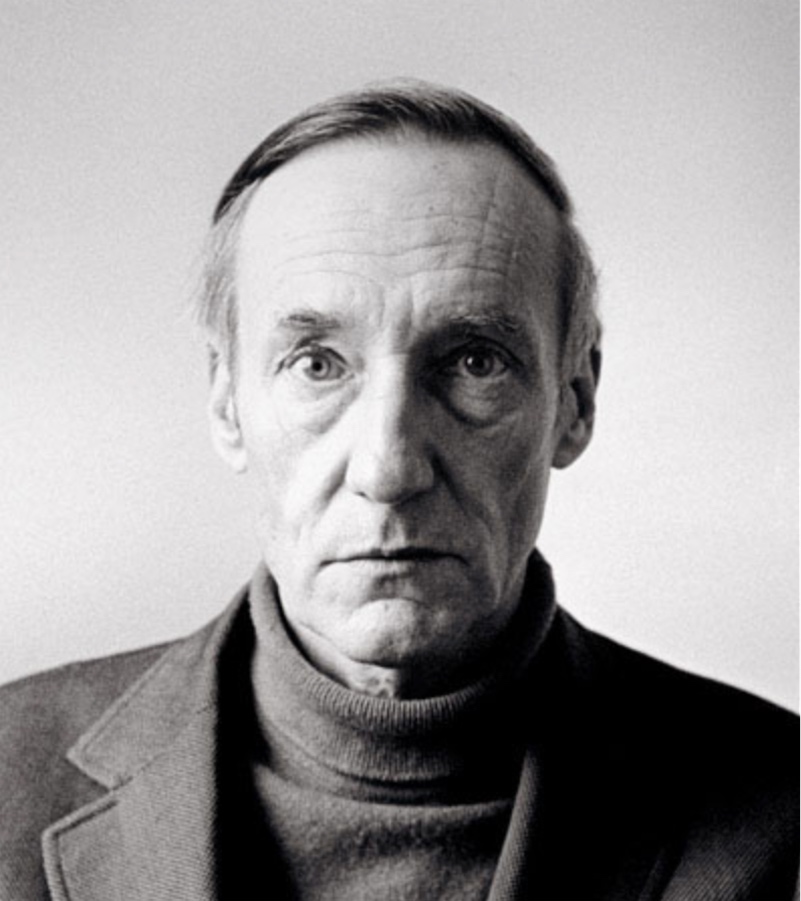 Music critic Casey Rae's new book William S. Burroughs and the Cult of Rock 'n' Roll explores the vast influence that Burroughs had on musicians both underground and mainstream, from David Bowie, Lou Reed, and Patti Smith to The Beatles, Kurt Cobain, and Radiohead. In a Longreads excerpt from the book, Rae tells the tale of Burroughs's 1965 meeting with Bob Dylan:

Burroughs and Dylan took their meeting at a small café in Man­hattan’s East Village, the precise location of which has been lost to time and memory. “He struck me as someone who was obviously competent,” Burroughs later told Victor Bockris. “If his subject had been something that I knew absolutely nothing about, such as math­ematics, I would have still received the same impression of compe­tence. Dylan said he had a knack for writing lyrics and expected to make a lot of money.” Personally, Burroughs had little use for money beyond its utility in purchasing narcotics and avoiding hard labor. But he could easily spot élan, which Dylan had in spades. “He had a likable direct approach in conversation, at the same time cool, re­served,” Burroughs later recalled to Bockris. “He was very young, quite handsome in a sharp-featured way. He had on a black turtle­neck sweater.” Although they only met once in person, Burroughs left a mark on the younger artist. According to critic R. B. Morris, “There’s no doubt that he was greatly influenced by Burroughs’ wild juxtaposing of images and scenes, as well as subject matter.” After encountering Burroughs, Dylan’s work became even more abstract, caustic, and surreal.

The indestructible Iggy Pop, himself a Burroughs acolyte, notes the Dylan connection in a BBC Radio profile of the author. “He’s even in Dylan’s ‘Tombstone Blues’!” Pop exclaims, before firing up the track, which includes a verse believed to reference Burroughs: “I wish I could give Brother Bill his great thrill / I would set him in chains at the top of the hill / Then send out for some pillars and Cecil B. DeMille / He could die happily ever after.” To Dylan, Burroughs was impossibly hip — James Joyce with nasty habits, T. S. Elliot with a cane sword. Dylan’s evolution from shy folkie to id­iosyncratic icon was greatly accelerated by his immersion in the rhythm and meter of Burroughs’ writing. As scholar James Adams notes, “Without Burroughs and his experiments, Dylan might not have been pushed to compose lines that resemble cut-ups but still emerge from some more personal, purposeful, honest, and human place like those Dylan wrote in 1965...”

That same year, Burroughs turned down an offer to join Dylan on his Rolling Thunder Revue tour, which also featured (Allen) Ginsberg. There were plans for Burroughs to appear in the film of the tour, giving a how-to on cut-ups using Dylan lyrics and the writings of Edgar Allan Poe as source text. Burroughs claimed that he didn’t want to be another one of Dylan’s hangers-on, but the real reason he skipped out was because Dylan didn’t offer him a per diem.

authors / Beat / music / Nothing is true - everything is permitted