Cryptid is a fun tabletop game of "honest misdirection" 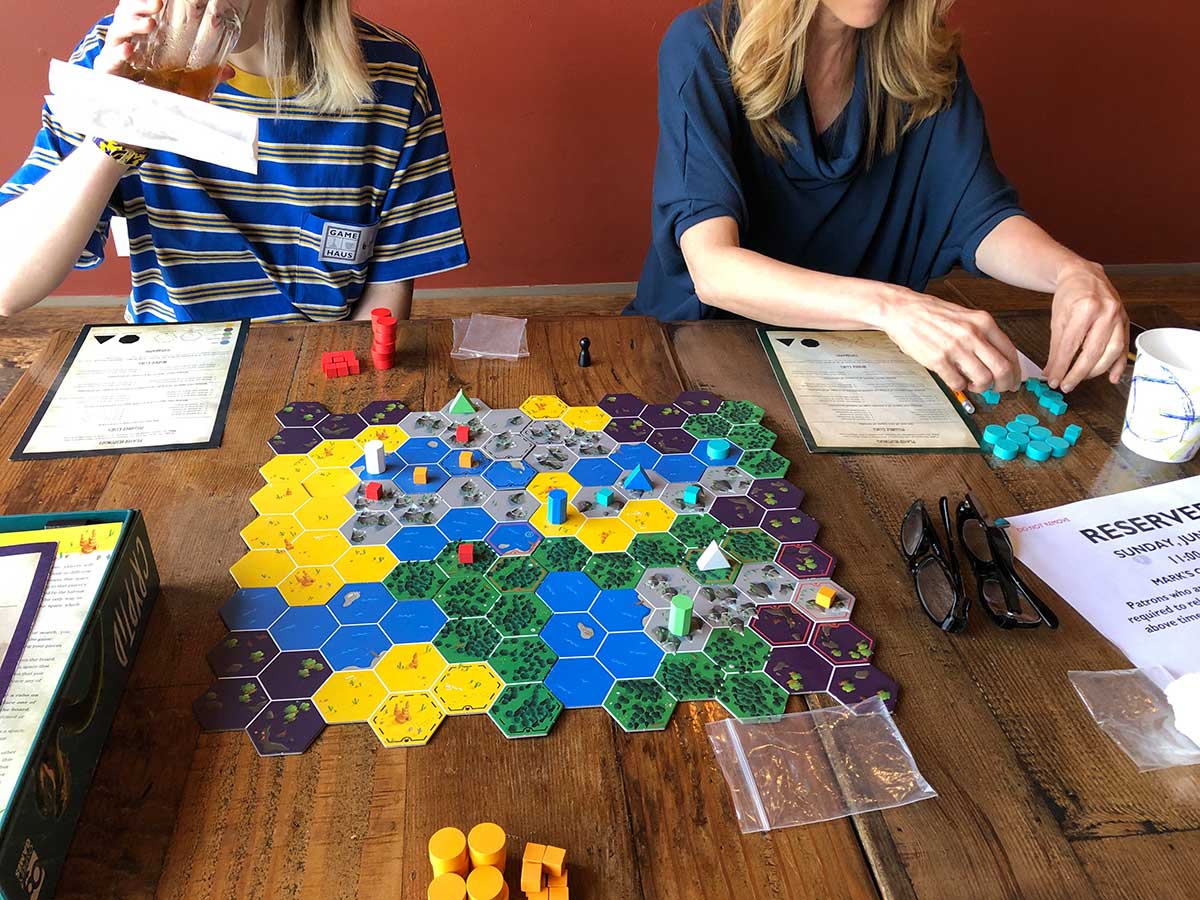 Yesterday for Father's Day we went to the GameHaus Cafe in Glendale, California. Your town likely has a place like this - you can rent a table and play games from a large library. (GameHaus has about 1,500 games.)

Our favorite game of the day was Cryptid. It's a game of "honest misdirection" in which players try to figure out the exact location of a monster on a map. Each player is given a secret clue. A clue might say "The habitat is within three spaces of a green structure," or "The habitat is within two spaces of bear territory," or "The habitat is within one space of swamp." There is only one hexagon on the map that satisfies all the clues. It's a player's job to figure out what the other players' clues are by taking turns and asking them if a hexagon meets the conditions of their secret clue. The first player to correctly identify where the cryptid lives is the winner.

The game is different every time you play it, because the map can be put together in many different ways and landmarks can be placed on different hexagons. The game has a link to a website map- and clue-generator that makes it easy to set up the 6 pieces of the map and place structures (standing rocks and abandoned shacks) on specified hexagons. For the three of us, a game took about 30 minutes to play. We played twice and I'm probably going to buy it so we can play at home.