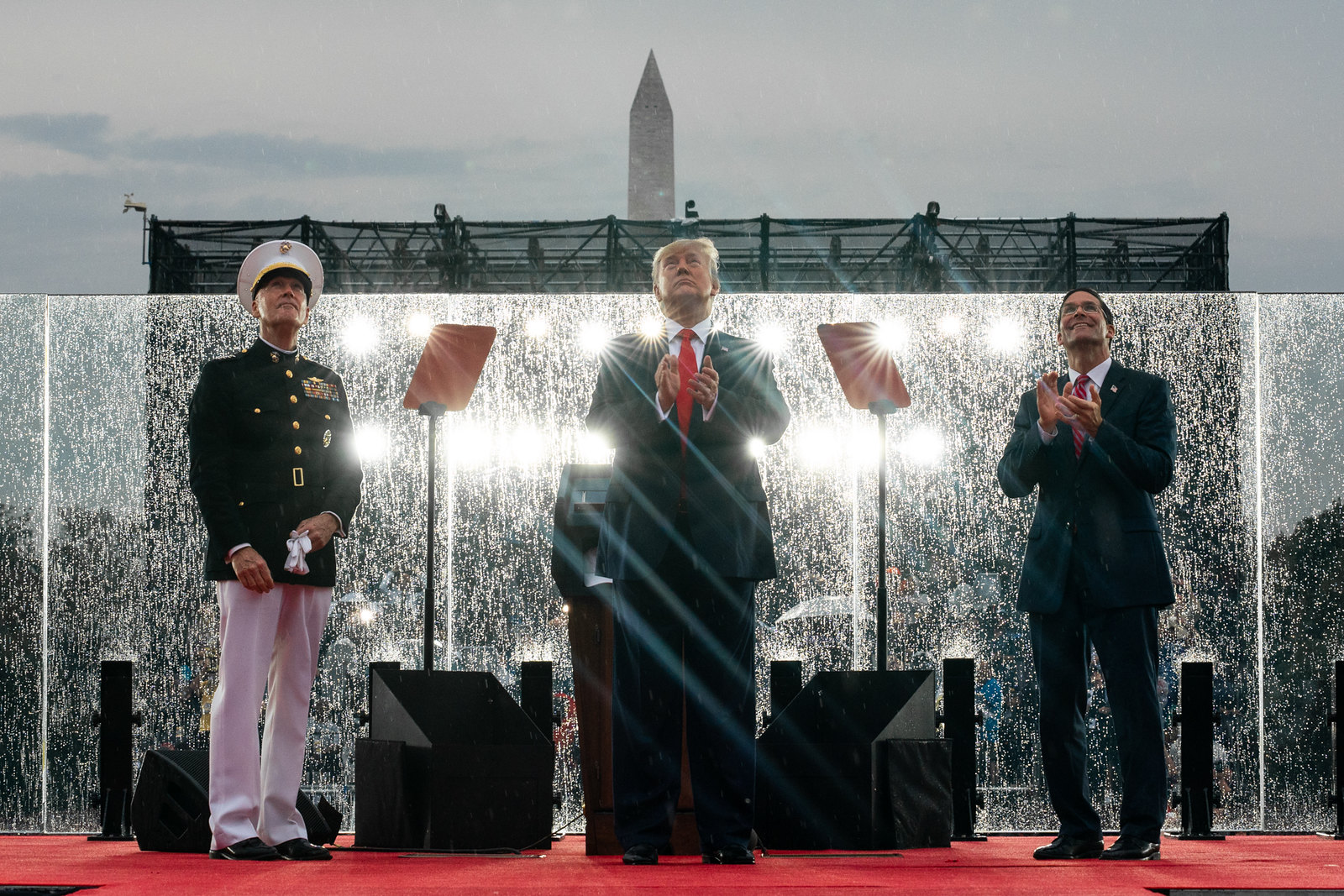 Bruce Zoldan is the CEO of an Ohio fireworks company, and is reported to have donated $750,000 dollars worth of fireworks to President Trump’s 2019 Fourth of July military parade.

Zoldan also successfully lobbied the president to not implement tariffs on all the pyrotechnics they import from China, where fireworks were invented and are still mostly created to this day.

President Donald Trump's Fourth of July celebration will feature $750,000 of donated fireworks from an Ohio retailer who has lobbied the White House against expanded tariffs on Chinese imports.

And last week, the same day the donation was announced, the company -- Phantom Fireworks of Youngstown, Ohio -- got what it wanted: Trump decided to hold off on his threatened $300 billion in tariffs on Chinese goods, which include fireworks.

"This is another example of how private companies attempt use their money to influence the government by stroking the president's ego," says Jordan Libowitz from Citizens for Responsibility and Ethics in Washington, a nonpartisan watchdog group.

Citizens for Responsibility and Ethics is FOIA-ing for more financial information on the matter:

Following reports that Phantom Fireworks CEO Bruce Zoldan both donated $750,000 dollars worth of fireworks to President Trump’s Fourth of July celebration and successfully lobbied the president to not implement tariffs that could negatively impact his business, CREW requested documents from the Interior Department to establish how the donation came about and details about Interior’s use of its gift acceptance authority.

The combination of Zoldan’s lobbying and donation raises significant ethics concerns. These records would shed light on how the donation was arranged, to what degree the White House may have played a role in the donation and whether DOI followed appropriate procedures to accept the gift. Typically, agencies reject gifts that might create a conflict of interest.

Peter Brown was born in Philly, but he made the mistake of visiting Jamaica for one day, years ago on a cruise. But that gave U.S. Immigration and Customs Enforcement and the Sheriff of Monroe County, Florida a good enough reason to detain Brown and attempt to deport him to Jamaica, even though he has […]

Trump is notorious for his "filing system": when he is finished with a piece of paper, he tears it into tiny pieces and throws it away, which is fine if you're a CEO (maybe), but is radioactively illegal under the Presidential Records Act, because the President works for the public, and is required by law […]

The Consumer Financial Protection Bureau is Elizabeth Warren's gift that keeps on giving -- one of the most effective US government agencies, handing out real punishment to banks that break the law, fighting loan-sharks that prey on poor people, and maintaining a database of vetted consumer complaints against banks that have ripped them off.