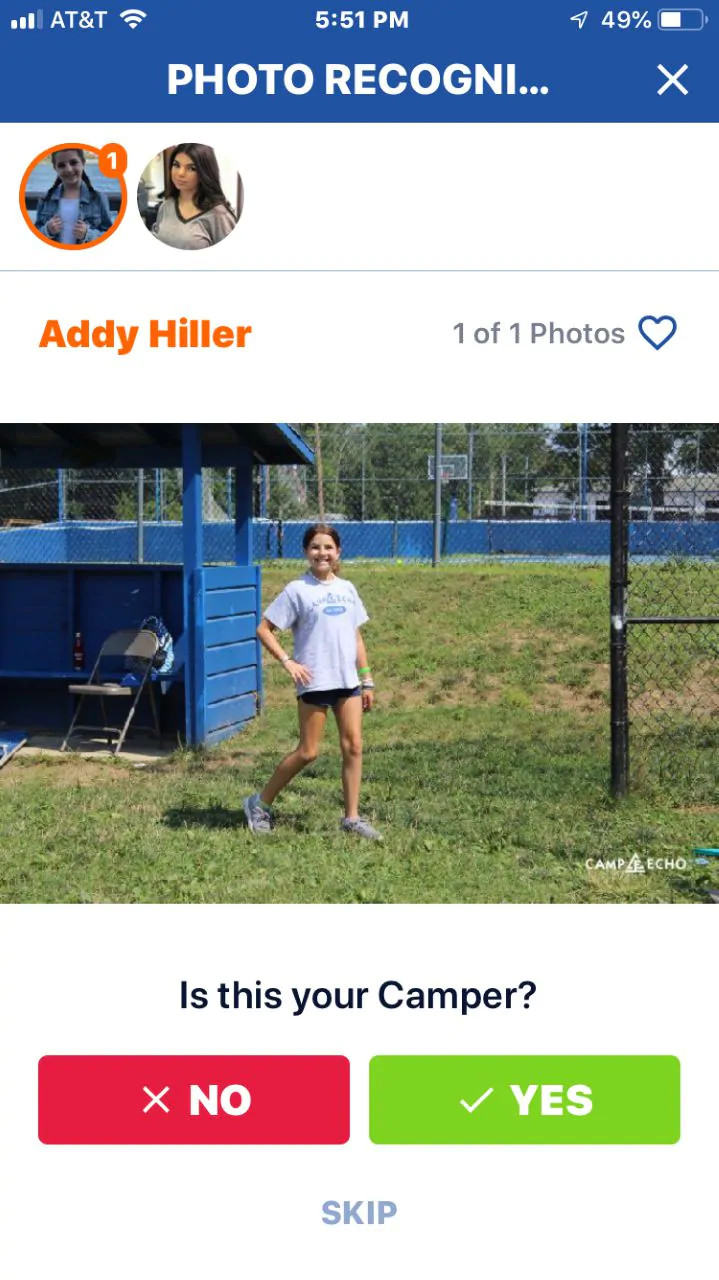 The Washington Post's Drew Harwell takes a deep look at the the use of facial recognition products like Bunk1 at summer camps, in a deliciously terrible piece that alternates between Bunk1's president Rob Burns and Waldo Photos's founder Rodney Rice explaining that everyone loves this and it makes everyone happy, and counsellors, parents, campers and photographers (as well as child development experts and civil libertarians) explaining how it is just fucking terrible, which Rice dismisses as "privacy hysteria."

The facial recog summer camp drill goes like this: photographers follow you children around all the time, taking their photos. The facial recognition tool figures out which camper corresponds to which parent and sends the parents pocket-buzzes every time it senses a new photo of your kid, and then you can look at your kid. You can also call your kid if you think they look unhappy or if you are unsatisfied with them in any way and nag them.

So kids mob photographers with big, fake smiles and beg to be photographed so their parents won't harass them. The companies have "privacy policies" that grossly overreach, giving them perpetual licenses to distribute all the photos they take forever, for any purpose. They claim to have super-secure data-centers, but won't describe what makes them so sure their data centers are more secure than, say, the NSA's, Equifax, or any of the other "super secure" data centers that have been breached and dumped in recent memory.

And while parents enjoy all this looking at their kids while they're away in theory, they also report a kind of free-floating anxiety because they know just enough about their kids' lives at camp to worry, but not enough to assuage their worries.

There's just so much to hate about this, it's like a Poe's Law of surveillance stories. Due to well-understood racist sampling bias in facial recognition training data, Black kids are not as accurately recognized as white kids.

And Bunk1's president, Rob Burns, insists that because it's a "one-way mirror" into camp that lets kids be observed without knowing when or by whom, that the kids won't mind. Because that is totally how things work, and Jeremy Bentham can go fuck himself.

Oh, also: it's all private-equity-backed.

Hurley, the child psychotherapist, said the summer-camp face scans and technologies like them can “feed this cycle of anxiety in families, because the parents never feel calm and safe and that things are okay, and that bleeds down to the kids.”

The photos, Hurley worried, could inflame new tensions for kids hitting the age — generally, in the pre- and early teens — when they can start to feel awkward about all the photos their parents post. But they can also breed unease for kids questioning how much of their emotions and internal lives they’re comfortable sharing in every moment, even when they’re far from home.

“Parents right now are conditioned to really worry if their kids are having fun and if they’re happy — which is absurd, because they send them to these amazing camps where they’re practically guaranteed to have fun,” she said. “This idea where you have to be happy all the time: That’s not real, and yet that’s what we’re chasing and what we’re looking for when we want all these pictures all the time.”