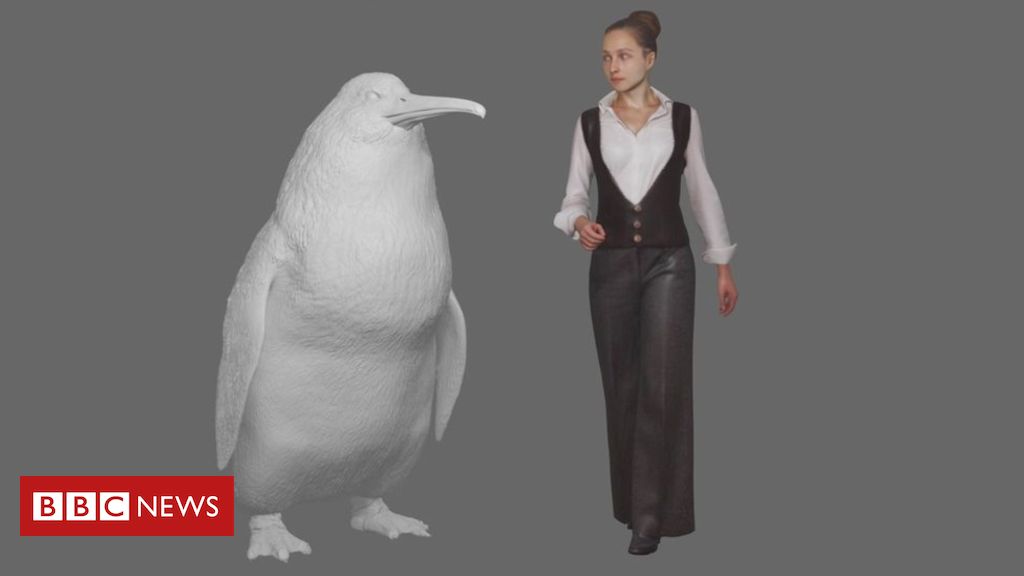 It lived some 60m years ago, but the giant penguins are still with us. Standing about 5ft 3in and weighing up to 176 pounds, the monster penguin roamed New Zealand's balmy waters and ruled the beaches for millions of years.

It's not entirely clear why the giant penguins disappeared from the waters of the Southern Hemisphere. The most commonly held theory is that it's simply due to growing competition with marine mammals. "At the time giant penguins evolved, the large marine reptiles just had become extinct," Gerald Mayr, another author of the new study, told the BBC. "In Antarctica and New Zealand, there were no large marine competitors until the arrival of toothed whales and pinnipeds (seals) many million years later."

This video is apparently from January of 2019, but I saw it on Twitter the other day, accompanying the news about the record-breaking ice melt in Antarctica over the holidays. Did you hear about that? How the ice in Antarctica is melting at alarming rates, because of climate change, which is real? There aren't a […]