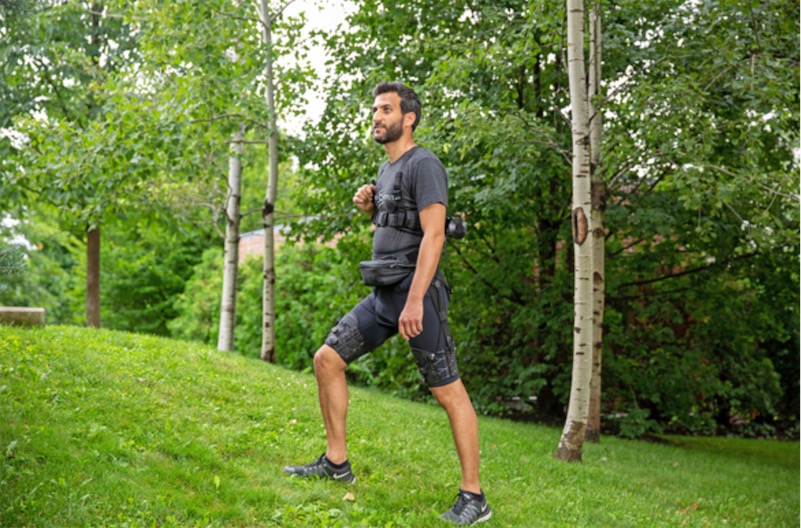 The term exoskeleton usually brings to mind the hulking Power Loader worn by Sigourney Weaver in Aliens. But Harvard University researchers have developed a much lighter, more minimal exoskeleton that reduces the energy needed to run or walk. One breakthrough in this exosuit design is that it can tell if the wearer is walking or running and adjusts the robotic assistance accordingly.

“After wearing the system for 15 minutes or so, you start to question if it’s really helping at all, because you just feel like you’re walking,” David Perry, a robotics engineer at the Wyss Institute for Biologically Inspired Engineering at Harvard University, told Scientific American. “Once you shut it off, however, your legs suddenly feel heavy, and you realize how much it was helping. It’s a lot like stepping off the end of one of those moving sidewalks at the airport.”

Not surprisingly, the research is sponsored by the Defense Advanced Research Projects Agency (DARPA)’s former Warrior Web program. From Harvard:

(The exosuit) assists the wearer via a cable actuation system. The actuation cables apply a tensile force between the waist belt and thigh wraps to generate an external extension torque at the hip joint that works in concert with the gluteal muscles. The device weighs 5kg in total with more than 90% of its weight located close to the body’s center of mass.

More: "Reducing the metabolic rate of walking and running with a versatile, portable exosuit" (Science)