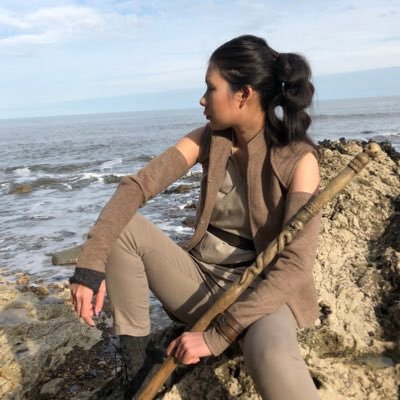 Last weekend, Jeanette Ng won the John W Campbell Award for Best New Writer at the 2019 Hugo Awards at the Dublin Worldcon; Ng's acceptance speech calls Campbell, one of the field's most influential editors, a "fascist" and expresses solidarity with the Hong Kong pro-democracy protesters.

I think she was right -- and seemly -- to make her remarks. There's plenty of evidence that Campbell's views were odious and deplorable. For example, Heinlein apologists like to claim (probably correctly) that his terrible, racist, authoritarian, eugenics-inflected yellow peril novel Sixth Column was effectively a commission from Campbell (Heinlein based the novel on one of Campbell's stories). This seems to have been par for the course for JWC, who liked to micro-manage his writers: Campbell also leaned hard on Tom Godwin to kill the girl in "Cold Equations" in order to turn his story into a parable about the foolishness of women and the role of men in guiding them to accept the cold, hard facts of life.

So when Ng held Campbell "responsible for setting a tone of science fiction that still haunts the genre to this day. Sterile. Male. White. Exalting in the ambitions of imperialists and colonisers, settlers and industrialists," she was factually correct.

Not just factually correct: also correct to be saying this now. Science fiction (like many other institutions) is having a reckoning with its past and its present. We're trying to figure out what to do about the long reach that the terrible ideas of flawed people (mostly men) had on our fields. We're trying to reconcile the legacies of flawed people whose good deeds and good art live alongside their cruel, damaging treatment of women. These men were not aberrations: they were following an example set from the very top and running through fandom, to the great detriment of many of the people who came to fandom for safety and sanctuary and community.

It's not a coincidence that one of the first organized manifestation of white nationalism as a cultural phenomenon was within fandom, and while fandom came together to firmly repudiate its white nationalist wing, these assholes weren't (all) entryists who showed up to stir trouble in someone else's community. The call (to hijack the Hugo award) was coming from inside the house: these guys had been around forever, and we'd let them get away with it, in the name of "tolerance" even as these guys were chasing women, queer people, and racialized people out of the field.

Those same Nazis went on to join Gamergate, then take up on /r/The_Donald, and they were part of the vanguard of the movement that put a boorish, white supremacist grifter into the White House.

The connection between the tales we tell about ourselves and our past and futures have a real, direct outcome on the future we arrive at. White supremacist folklore, including the ecofascist doctrine that says we can only avert climate change by murdering all the brown people, comes straight out of sf folklore, where it's completely standard for every disaster to be swiftly followed by an underclass mob descending on their social betters to eat and/or rape them (never mind the actual way that disasters go down).

When Ng took the mic and told the truth about his legacy, she wasn't downplaying his importance: she was acknowledging it. Campbell's odious ideas matter because he was important, a giant in the field who left an enduring mark on it. No one disagrees about that. What we want to talk about today is what that mark is, and what it means.

There are still people in our community who knew Campbell personally, and many many others one step removed, who idolize and respect the writers Campbell took under his wing. And there are people — and once again I raise my hand — who are in the field because the way Campbell shaped it as a place where they could thrive. Many if not most of these folks know about his flaws, but even so it’s hard to see someone with no allegiance to him, either personally or professionally, point them out both forcefully and unapologetically. They see Campbell and his legacy abstractly, and also as an obstacle to be overcome. That’s deeply uncomfortable.

He's not wrong, and the people who counted Campbell as a friend are legitimately sad to confront the full meaning of his legacy. I feel for them. It's hard to reconcile the mensch who was there for you and treated his dog with kindness and doted on his kids with the guy who alienated and hurt people with his cruel dogma.

Here's the thing: neither one of those facets of Campbell cancel the other one out. Just as it's not true that any amount of good deeds done for some people can repair the harms he visited on others; it's also true that none of those harms cancel out the kindnesses he did for the people he was kind to.

People are flawed vessels. The circumstances around us -- our social norms and institutions -- can be structured to bring out our worst natures or our best. We can invite Isaac Asimov to our cons to deliver a lecture on "The Power of Posterior Pinching" in which he would literally advise on how to grope the women in attendance, or we can create and enforce a Code of Conduct that would bounce anyone, up to and including the Con Chair and the Guest of Honor, who tried a stunt like that.

We, collectively, through our norms and institutions, create the circumstances that favor sociopathy or generosity. Sweeping bad conduct under the rug isn't just cruel to the people who were victimized by that conduct: it's also a disservice to the flawed vessels who are struggling with their own contradictions and base urges. Create an environment where it's normal to do things that -- in 10 or 20 years -- will result in your expulsion from your community is not a kindness to anyone.

There are shitty dudes out there today whose path to shitty dudehood got started when they watched Isaac Asimov grope women without their consent and figured that the chuckling approval of all their peers meant that whatever doubts the might have had were probably misplaced. Those dudes don't get a pass because they learned from a bad example set by their community and its leaders -- but they might have been diverted from their path to shitty dudehood if they'd had better examples. They might not have scarred and hurt countless women on their way from the larval stage of shittiness to full-blown shitlord, and they themselves might have been spared their eventual fate, of being disliked and excluded from a community they joined in search of comradeship and mutual aid. The friends of those shitty dudes might not have to wrestle with their role in enabling the harm those shitty dudes wrought.

Jeannette Ng's speech was exactly the speech our field needs to hear. And the fact that she devoted the bulk of it to solidarity with the Hong Kong protesters is especially significant, because of the growing importance of Chinese audiences and fandom in sf, which exposes writers to potential career retaliation from an important translation market. There is a group of (excellent, devoted) Chinese fans who have been making noises about a Chinese Worldcon for years, and speeches like Ng's have to make you wonder: if that ever comes to pass, will she be able to get a visa to attend?

Back when the misogynist/white supremacist wing of SF started to publicly organize to purge the field of the wrong kind of fan and the wrong kind of writer, they were talking about people like Ng. I think that this is ample evidence that she is in exactly the right place, at the right time, saying the right thing.

And I am so proud to be part of this. To share with you my weird little story, an amalgam of all my weird interests, so much of which has little to do with my superficial identities and labels.

But I am a spinner of ideas, of words, as Margaret Cavendish would put it.

So I need say, I was born in Hong Kong. Right now, in the most cyberpunk in the city in the world, protesters struggle with the masked, anonymous stormtroopers of an autocratic Empire. They have literally just held her largest illegal gathering in their history. As we speak they are calling for a horological revolution in our time. They have held laser pointers to the skies and tried to to impossibly set alight the stars. I cannot help be proud of them, to cry for them, and to lament their pain.

I’m sorry to drag this into our fantastical words, you’ve given me a microphone and this is what I felt needed saying.

John W. Campbell, for whom this award was named, was a fascist. [Jeannette Ng/Medium]

Filed with auntie pride of @jeannette_ng, the newest winner of the Campbell Award for BEST NEW AUTHOR!!!!! ?????? pic.twitter.com/T4vG0x6mwo