Terrorism Detective: What Is the Inspiration for all this Violence?? 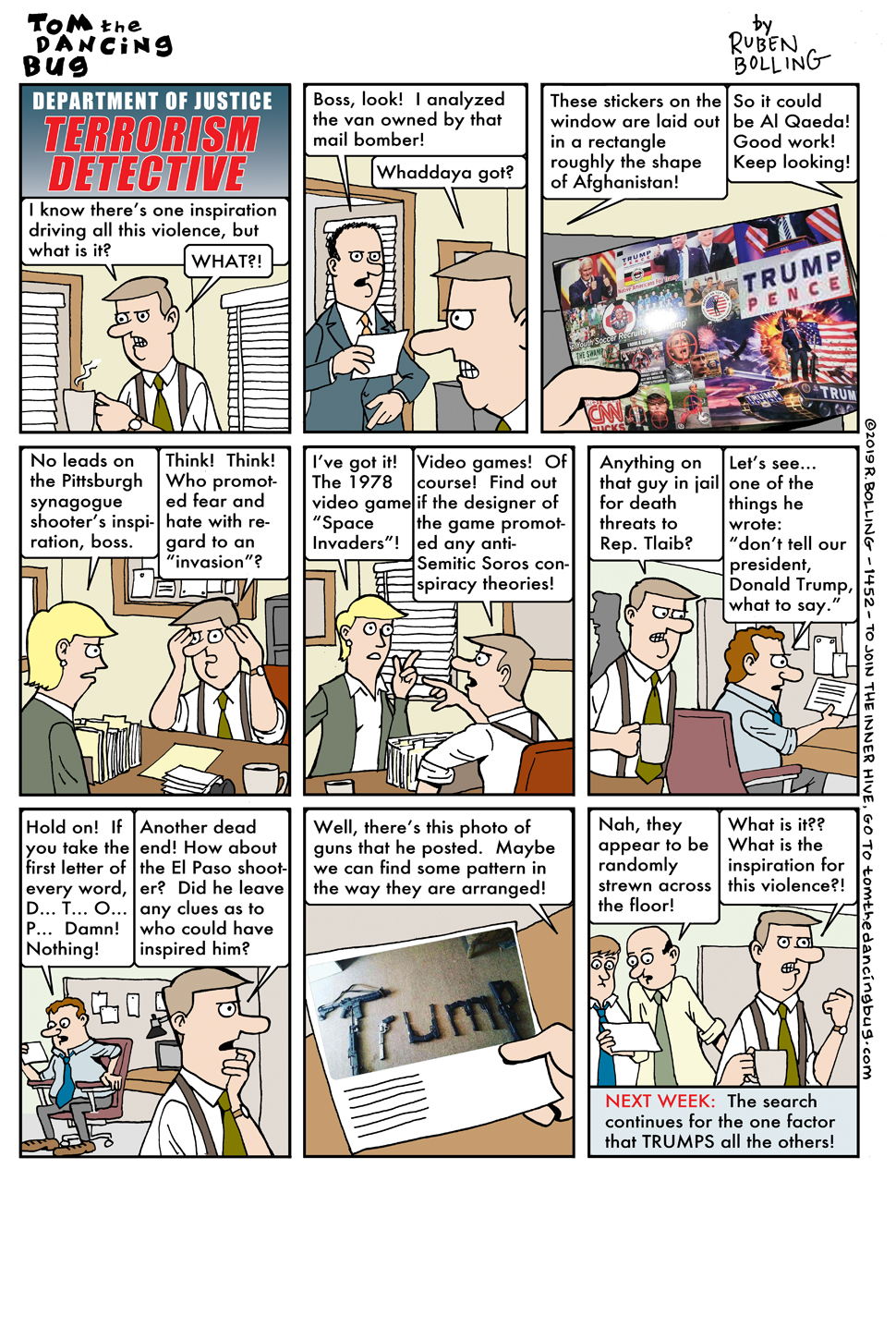 Tom the Dancing Bug, IN WHICH it's a race against the clock, as Terrorism Detective must find the puzzling factor inspiring recent terrorism violence!

YOU MUST join Tom the Dancing Bug's INNER HIVE! Be the first kid on your block to see each week's comic, get extra comics, sneak peeks, insider scoops, and lots of other stuff! JOIN TODAY!

YOU WILL read more Tom the Dancing Bug comics on Boing Boing!