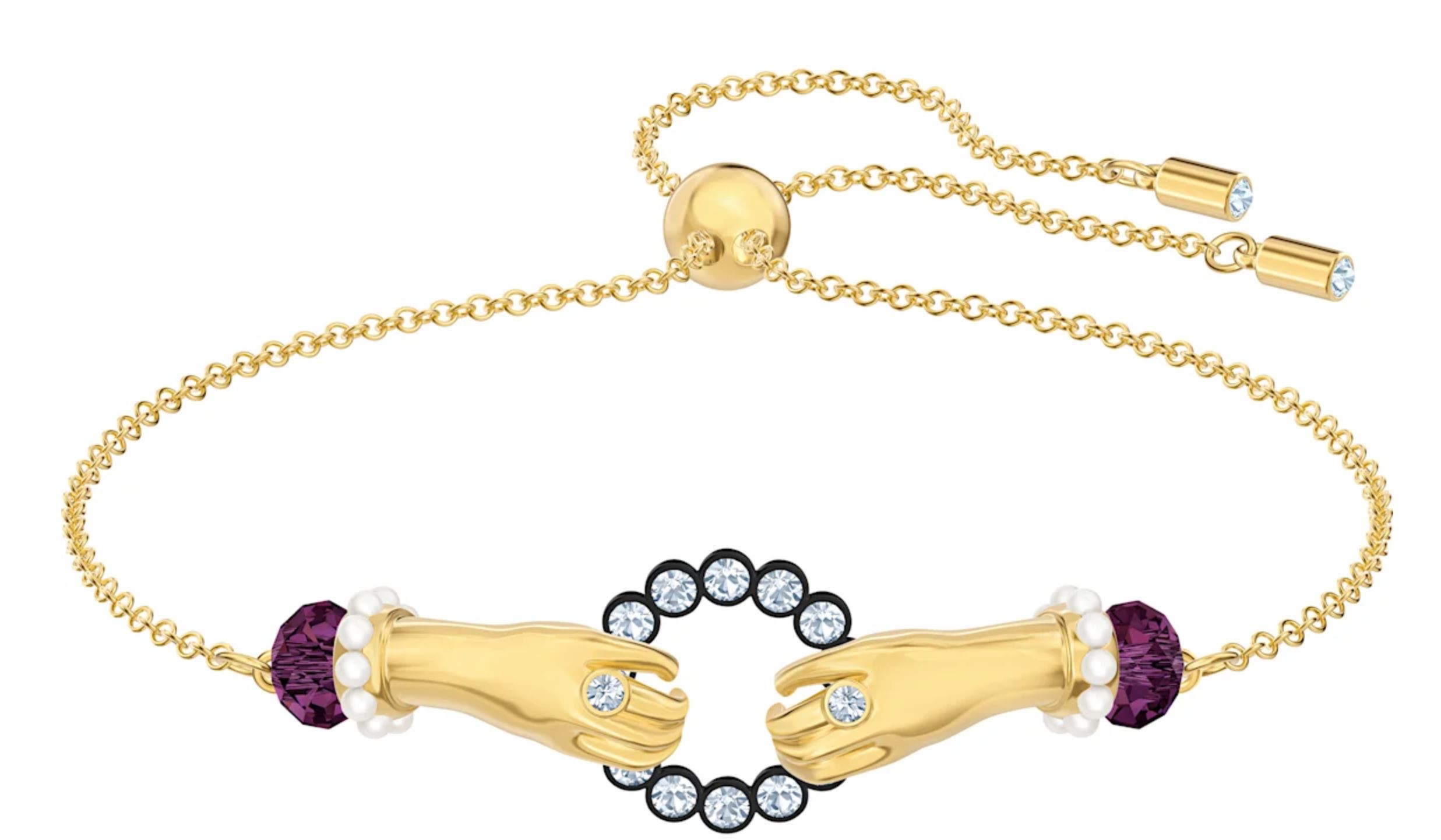 Goatse straddles the internet like a colossus, a majesty of horrors half-forgotten amid the shifting sands of the web. Yet it retains its capacity to amuse and surprise. Good work, Swarovski, good work!

Opt for subtle glamour, and touches of cool romance, with this dainty rose gold-plated bracelet. Featuring a swan motif with a full-cut crystal body in cool millennial pink and crisp clear pavé lines, it's a Swarovski design through and through. It also features our innovative magnetic closure, which will allow you to blend in strands from our Swarovski Remix Collection to create a bespoke look - be it double-wrap bracelet, necklace, or choker. Perfect for versatile styling, it will take pride of place in your collection. Matching items are available.

It is $120 from Amazon or a Swarovsky store near you.
Opt for subtle glamour.

Weightless horror before the one-eyed God

Gawker’s Adrian Chen delves deep into the history of Goatse, the greatest and most enduring of internet shock images. Sometime in the late 20th century a naked man bent over, spread his ass and took a picture. Eventually that picture, known as Goatse, became one of the most venerable memes in internet history. Who is […]