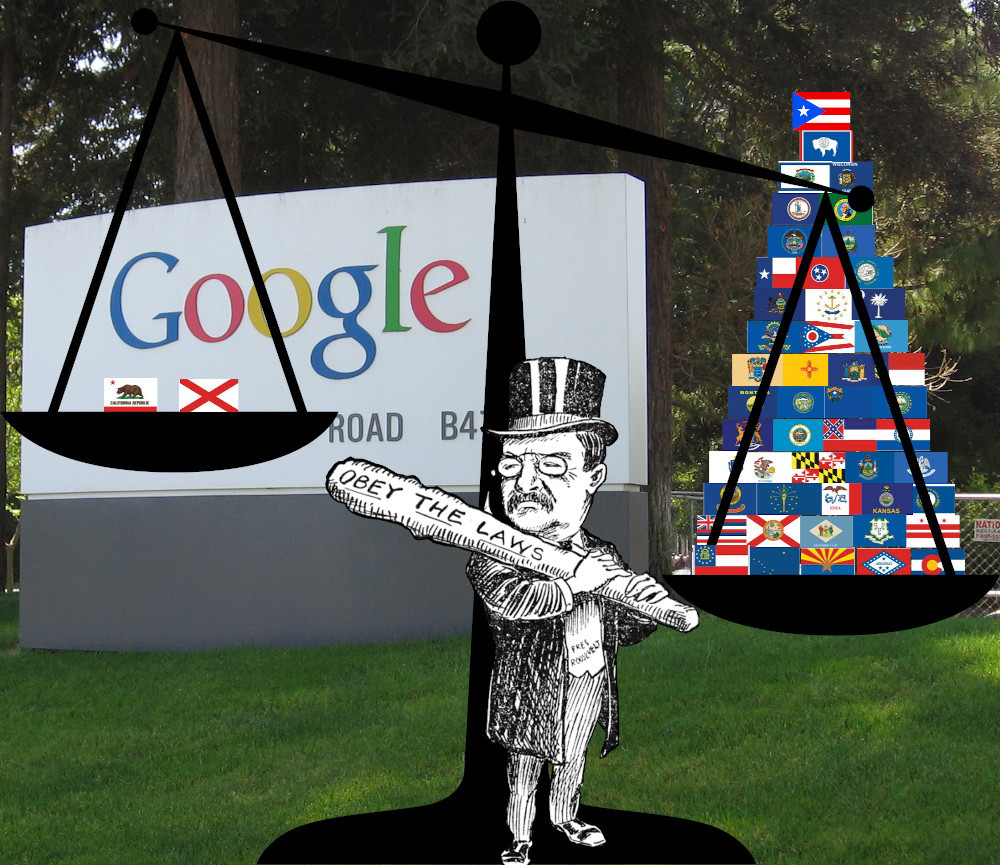 The attorneys general from 48 states, DC, and Puerto Rico are collaborating on a joint antitrust investigation of Google's dominance in the ad- and search-markets, but two AGs are sitting this one out: California's Xavier Becerra and Alabama's Steve Marshall.

Becerra's motives are easy to speculate about: although he talks a good game on reining in corporate power, he also depends heavily on Google for his election campaign funding, and he presides over the state where Google (and other digital monopolists) were founded, and which they notionally call home (though for tax purposes, all Big Tech companies are located at an indeterminate point somewhere in the Irish Sea).

No one's sure what Marshall's up to, though. He's a rip-snortin' Republican from a red, rural state. It's possible that he's been so brainwashed by the weird Republican pro-monopoly cultists that he opposes the investigation on ideological grounds, I suppose.

It's a pretty bad look for both of them.

Google has been one of the top contributors to Becerra’s recent campaigns. The company contributed $US10,200 to his 2016 re-election campaign as a member of the US House of Representatives, making it his eight largest contributor in that campaign cycle, according to OpenSecrets. The search giant contributed $US7,300 to his campaign for attorney general last year, according to data from the California Secretary of State’s office.

Becerra’s lack of participation in the Google investigation drew condemnation from the other side of the political aisle.

“Attorney General Becerra’s refusal to join the bipartisan investigation into the tech giants is embarrassing,” California Assemblyman Jordan Cunningham, a Republican, said in an emailed statement. “California deserves to be at the table.”

California and Alabama are the only two states that aren't participating in the giant antitrust investigation of Google, and neither is really saying why [Troy Wolverton/Business Insider]