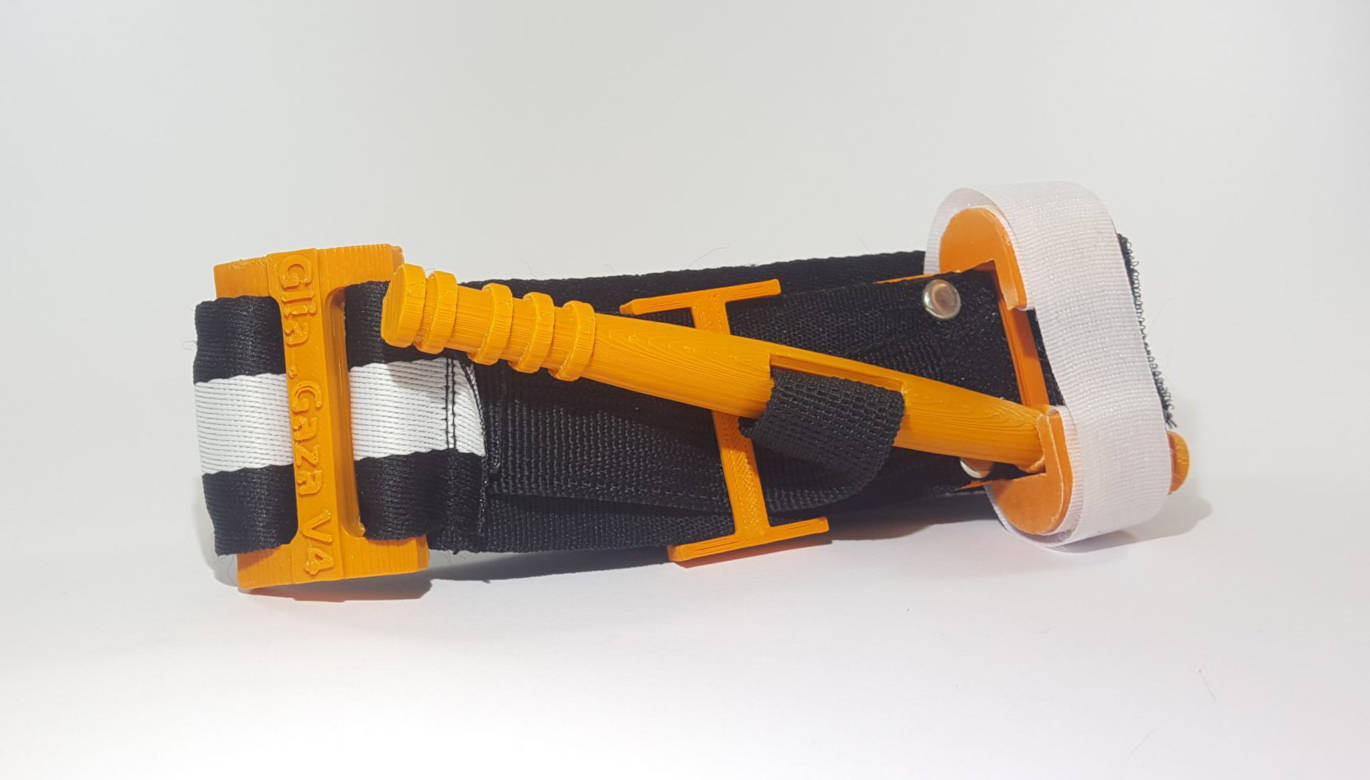 Tarek Loubani is a Palestinian-Canadian doctor who works with the Glia Project, a group that creates open-source designs for 3D-printable medical hardware. Their goal is to let local populations manufacture their own medical wares at prices considerably lower than in the marketplace, and in situations where -- because of distance or war -- it may not even be possible to ship in equipment at any price. Some of their early work has been in blockaded Gaza, for example.

So far, Glia has designed a stethoscope that can be made for about $2.83, and a tourniquet that costs about $7 to make.

In the current issue of Logic magazine (which is amazing front to back, BTW), Loubani talked about how regulatory capture has jacked up the price of dialysis, and how to use open-source to design around it. I'll quote it at length here, because Loubani's description of the problem and the hack is super eloquent:

Dialysis is also an interesting problem of capitalism. A good analogy is disposable razors. Broadly, in Canada, there’s Schick and there’s Gillette. You can’t use a Schick razor on a Gillette handle and vice versa. That’s called vendor lock-in.

Fundamentally, dialysis machines are a pump, a controller, a flow meter, and a little bit of tubing. Nothing special. The only way for companies to make them profitable is to create vendor lock-in and collude with each other. In California, there was a ballot initiative [Ed.: Proposition 8] to figure out a way to reduce the costs of dialysis treatment. Fresenius and DaVita, the two biggest companies in dialysis, spent $111 million to stop the proposition and they got it killed. That’s good for them because they don’t want competition, and they don’t want price controls. That’s not how they make money.

In Gaza, this creates a problem. Let’s say white people in the United States under Obama decide they want to donate to Gaza, which happened. They donate a bunch of dialysis machines and what are called “disposables.” Machines are about $35,000 a piece. A disposable is a filter plus a circuit of tubing that hooks into the patient to connect them to the machine. Together, the machine and the disposable do the work that a functioning kidney would do: they filter the patient’s blood. Each disposable is about $100 and should only be used once per session. It’s supposed to get thrown away.

But in Gaza, patients take disposables home and wash them and bring them back the next time until they totally disintegrate — which is bad, bad news. It’s circulating your internal stuff. It should be sterile.

We have rooms of machines with no disposables, and rooms of disposables with no machines. Fucking crazy. So patients aren’t getting enough dialysis because we don’t have enough machines or disposables that work together. It’s like if a car manufacturer said you’re not allowed to use anything but Goodyear tires. The tire is the disposable, the car is the machine. This is what the companies are doing to us. They’re making it impossible for us to use anyone else’s disposables.

How can 3D printing help?

Our idea is to make a machine that’s generic, where we can create templates for each of the different companies’ disposables. The template would become an interface between our machine and the proprietary disposable, so that different disposables become compatible with our machine. It would consist of printed parts at every place where the disposable touches the machine, a sheet or a board with a cutout to hold each of those 3D-printed parts, and instructions for putting the disposable, template, and machine together.

The machine that we’re developing, instead of costing $35,000, costs about $500 to make. But each brand new tooling of a template will cost about $15,000. In that situation, if a country wanted to donate, we’d say, “No, no, don’t give us any machines, just give us your disposables.” Even if we have to spend $15,000 each time a new company decides they’re going to give us their disposables, we’re still way ahead financially. Plus, we don’t have to retrain our nurses each time, which leads to mistakes and errors.

So you have to create a new template for each country’s disposables.

What’s tragic about it is that it’s not even one template per country. The United States has two main dialysis machine manufacturers and their stuff doesn’t work with each other. You can’t take a Fresenius disposable and put it on a non-Fresenius machine. It’s the same in Spain, France, and Germany. I wish it were one per country because that would reduce our problem set.

This is why we’re open-sourcing the templates. We’ll open source the whole process, really — the files to 3D-print parts and lasercut the board they plug into, as well as any validation studies we do, and any data we use in those validation studies so people can quality-check their own work. That way, you only have to spend the $15,000 to develop each template once. Let’s say the Americans donate one set of machines to Gaza and the French donate one set of machines to Kenya. We spend our money to make our template and they spend their money to make their template. Then, later on, if the French donate their machines to Gaza and the Americans donate their machines to Kenya, everybody is all set. Because the Kenyans would already have our template for the American machines and we would already have their template for the French machines. A shared open source repository makes it possible for us to not duplicate each other’s work.

I have to say, my hat is off: That's some pretty impressive thinking-through of dilemmas caused by the marketplace and politics, and how to use open source as a way to break through. Given Glia's track record of success so far, I'll be fascinated to follow this one and see how things work out.

That's long excerpt above, but it's only a small part of Logic's overall Q&A with Loubani, which covers a ton of amazing ground, like the plastic-recycling ecosystem of Gaza and the need to stress-test DIY medical equipment on the front lines of actual conflict.

I highly recommend reading the whole thing. And while you're at it, seriously, go subscribe to Logic; every issue is crammed full of sharp essays, reporting and interviews about the politics of technology. I've been a subscriber since the beginning and I can't wait for each new issue to come out.

On Hackster.io, Jeremy Cook, writes about the Harmonicade, a modular 5.5 (x2) octave, multi-channel MIDI keyboard which uses arcade-style push-buttons arranged in the Wicki-Hayden button layout. Like Dvorak layouts, this alternate note arrangement is much less common. As seen in the demo video, however, KOOP Instruments has leveraged the Wicki-Hayden setup to create a stunning […]

Serhii Londar (Patreon) maintains a list of open-source applications available for MacOS. Unlike some similar guides, it’s exhaustive rather than curated, and easy to reference in a single, well-organized HTML page. List of awesome open source applications for macOS. This list contains a lot of native, and cross-platform apps. The main goal of this repository […]