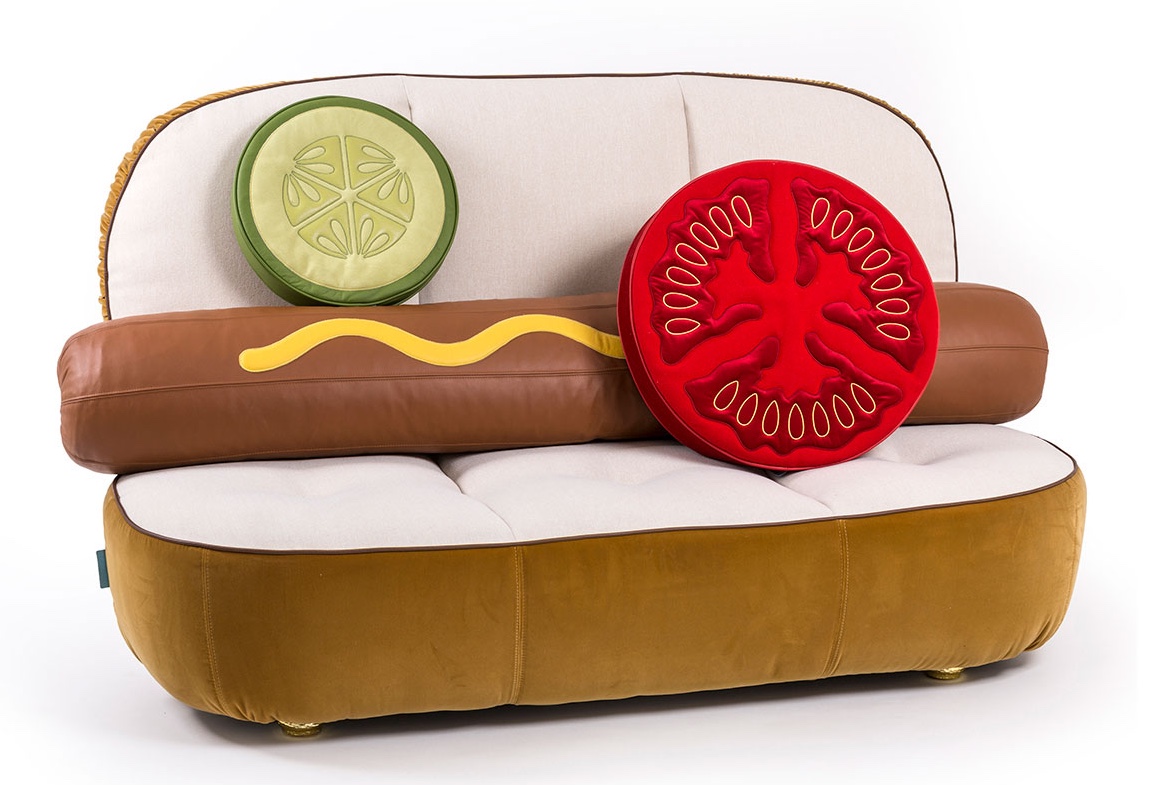 Neiman Marcus sells a hot dog couch for $7,100 plus shipping.

My friend Nik Shulz (aka L-Dopa) creates beautiful designs and illustrations. I hired him when I was an editor at Wired and at Make. In recent years Nik has branched out into furniture making, and his work is just as beautiful as his illustrations.

I'm not usually a fan of furniture that converts from one thing into another, because it's usually better to just use the two different things you need rather than have to deal with one crappy transformer. But this wall shelf that converts into a desk looks pretty good!

Ad agency Ogilvy Hong Kong teamed up with Ikea and Pizza Hut to create a life-size table, the Säva, that looks just like the little plastic "tables" inside pizza boxes. (Those little tables are officially called "pizza savers.") From Hypebeast: Each table arrives in a humorous package that resembles a pizza box and, like other […]