Scholar finds John Milton's copy of Shakespeare, marked up with corrections and improvements 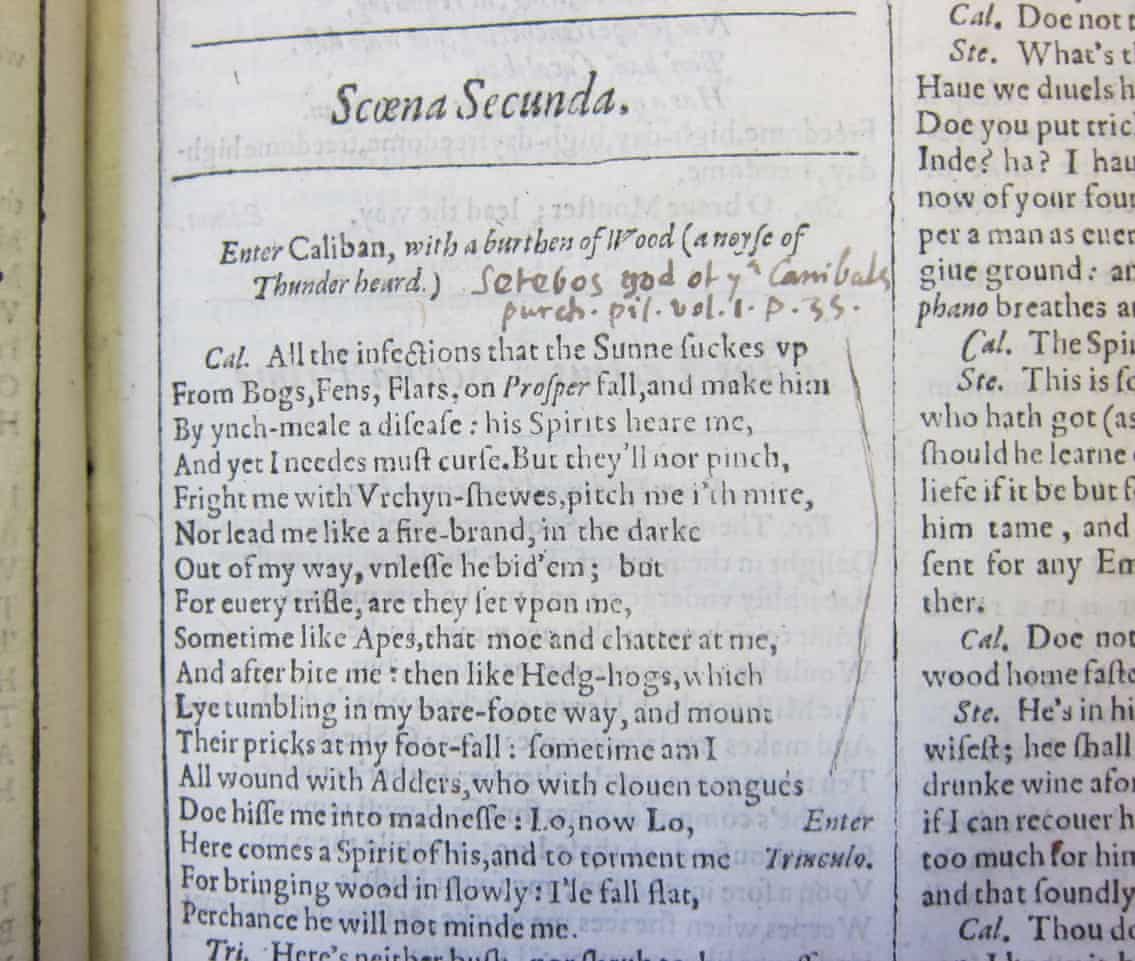 University of Cambridge lecturer Jason Scott-Warren was looking at an original 1623 folio copy of Shakespeare's plays, when thought he recognized the handwriting in the margins: John Milton.

Was it possible that he'd identified Milton's personal copy of Shakespeare? It was jammed full of marginalia, and scholars for years had wondered who had written those scribblings. If it was Milton, then they had a record "of arguably the second-greatest 17th-century writer reading the first."

So Scott-Warren went to his blog and wrote a post arguing his hypothesis, hit "publish" -- and the world of 17th-century English literary studies went faintly nuts. Turns out they agreed with him and now they're all flipping out with excitement.

One of the best parts about Milton's notes is that he keeps on suggesting corrections and improvements to Shakespeare. As the Washington Post writes (my apologies if this is paywalled):

Milton’s marginalia range from line-editing — crossing out an adjective and offering an alternative — to flagging preferred passages to fixing Shakespeare’s meter, ensuring it conforms perfectly to the rules of iambic pentameter. At one point, Milton rewrites the title of what may be Shakespeare’s most famous work: The play becomes “Juliet and Romeo,” not vice versa. [snip]

It’s unclear why Milton may have made the marginalia and revisions. But — despite the man’s well-documented massive ego — Scott-Warren, Bourne and experts cautioned against the idea that Milton saw himself as a superior writer entitled to edit Shakespeare.

It was more likely that Milton saw himself as correcting others’ errors — saving Shakespeare, who died seven years before the folio appeared, from the printer, according to Scott-Warren.

The Guardian also has a good story on this, and the post at the Intelligencer is probably the funniest on the subject.

fixed it for you