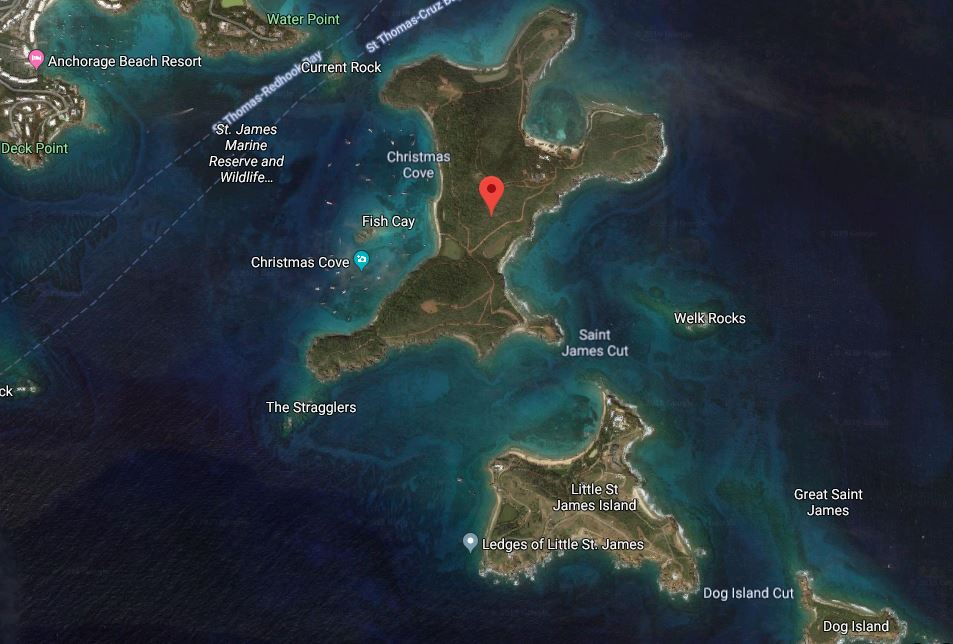 You may have already heard about Jeffrey Epstein's Caribbean island, Little St. James, and its mysterious temple. Now, the Miami Herald has a report on the apparently nefarious means Epstein used to buy a second island called Great St. James Cay. Per the report, the owner was determined not to sell to Epstein in light of Epstein's 2008 conviction. Epstein was undeterred:

According to records examined by the Miami Herald and McClatchy, and interviews, Epstein set up an opaque limited liability company, or LLC, making it appear in the negotiations that the true owner was one Sultan Ahmed bin Sulayem, a wealthy Dubai businessman with connections to the royal family. A $22.5 million deal was worked out.

Only after the deal was consummated and work permits were pulled did it emerge that Epstein might be the actual owner. It wasn’t until his July arrest, however, that he officially declared in an affidavit that he owned the second island.

Sultan Ahmed bin Sulayem asserted that Epstein made the purchase without his permission or involvement:

Sultan is his name, not his title — confirmed through an aide that Epstein had asked to use his name in an unspecified business bid but was told no.

It appears Epstein used it anyway.

And that's not the only island in the news. The New York Times reports that Lebanon's (married) billionaire prime minister gave more than $15 million to a South African bikini model.  South African authorities investigated the money and deemed it taxable income. In response, the model insisted that the money was a nontaxable gift.  The ensuing litigation exposed details regarding her relationship with the prime minister:

In an affidavit cited in the court documents, Ms. van der Merwe said she had been recruited at age 19 to travel to an exclusive resort in the Seychelles Islands called The Plantation Club that was “frequented by some of the richest private individuals in the world,” including billionaires “for whom money is no object.”

At this “playground of the super wealthy,” she said, “it is the norm for lavish parties and events to be held” and models were flown in “to lend a sense of glamour and exclusivity.” The models’ passports were taken when they arrived and they were forbidden from taking photos.

Ms. van der Merwe spent four days at the resort in 2012, she said, and connected with people she met because of her “healthy lifestyle” and other qualities.