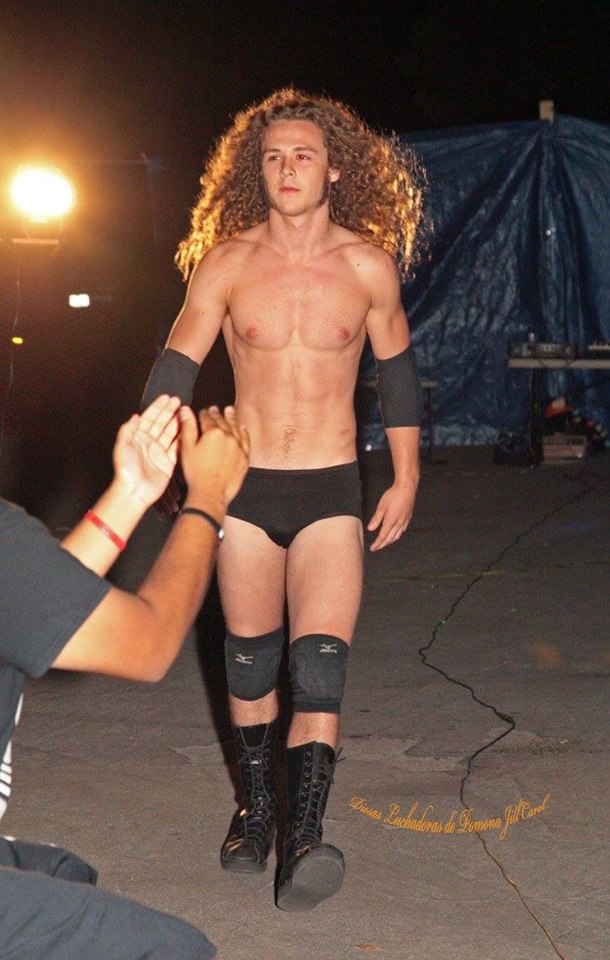 From the right angle, he's a dead ringer for his dad, but with even bolder sideburns:

It took him a while to warm to the name:

“I’m a big fan of Conor McGregor, and I always noticed how he’d stand before his fights in this monkey-like posture,” said Perry. “I always thought that was really cool. I did that in my first fight, when I went by Nate Coy because he is another of my favorite fighters, and the announcer told me that he had a nickname for me and said, ‘Jungle Boy’ Nate Coy.

“At first, I hated it. I thought, ‘What did he just stick me with?’ Then I started to develop the character around the name, and I love it now. It’s completely my own. Eventually, I dropped the Nate Coy, and now I am Jungle Boy.”