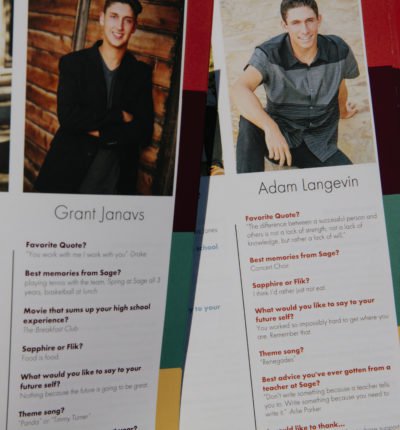 Propublica's latest longread is ostensibly a profile of two kids who attended Orange County's Sage Hill School, where tuition runs $40,000/year and where an estimated 25% of students get into elite colleges thanks to their parents shelling out for "independent counsellors" who run the gamut from people who help with admissions essays and strategic donations to the schools of their choice all the way up to William "Rick" Singer, who pleaded guilty to collecting millions to grease the path for mediocre rich kids to attend elite colleges by bribing coaches.

One of the kids profiled is Grant Janavs, a middling tennis player who is also the scion of the ultra rich Merage/Janavs family, inheritors of a fortune from Hot Pockets and other products from Chef America, Inc. The other is Adam Langevin, a superb and dedicated tennis player who "suicided" tennis (in the words of his high school coach), devoting his life to it while simultaneously succeeding academically. Langevin played on the school team despite the fact that it took away from his ability to play in the tournaments that would have helped him get into a college athletics program, because he felt a sense of duty to the school -- even playing through serious injuries.

But it wasn't Adam who got into a top athletics program, it was Grant, who was admitted to Georgetown. Grant's mother hired Rick Singer to "consult" on that admissions, and once the admission was secured, a foundation controlled by Grant's grandfather "donated" $400,000 to a "charity" run by Singer. That wasn't where the generosity ended, though: Singer also funneled a total of $2.7 million to Georgetown's tennis coach, Gordon Ernst, through his charity, acting on behalf of at least a dozen "tennis players," including Grant.

No one alleges that Grant knew about the payments, and his mother denies any wrongdoing. Grant -- whom multiple sources characterize as largely indifferent to tennis -- is not playing tennis for Georgetown, despite having been admitted on the basis of his alleged tennis skills.

Nor is Grant the only Janavs child whose college admissions involved alleged bribes mediated by Rick Singer. Grant's younger sister secured a USC admission on the basis of her alleged beach volleyball prowess, though federal prosecutors say that what really clinched the deal was a $200,000 bribe funded by her mother and finessed by Singer, as well as another alleged bribe: $100,000 to rig her daughter's standardized test scores.

Michelle Janavs's financial involvement in her children's education began well before their college admissions: the Sage Hill athletics center bears a large plaque thanking her for her generosity, which included a $82,000 donation the year after Grant enrolled, and another $190,000 before her two daughters were enrolled.

Meanwhile, Adam -- whom multiple sources identify as of professional caliber -- did not get into a tennis program. He's enrolled at Cal Poly as a chem student, playing club tennis, and hoping to make the Varsity team. His parents are well off -- his father is a realtor, his mother, a homemaker -- but they lack the inherited ultra-wealth of Grant's family, or many of the others at Sage Hill, which boasts enrollment from the families of most of Orange County's billionaires.

It's a striking story, but what's really interesting about it is how it opens up the wider tale of Varsity Blues and what it says about inequality and corruption in America's decadent, crumbling world of late-stage capitalism.

I mean, it's tragic that a genuinely gifted, driven athlete doesn't get to follow his dream, while a middling, mediocre scion of a one-percenter can steal a place from a real athlete at a top university.

But as Propublica points out, the process by which Grant was admitted to Georgetown is relatively benign compared to many of the other schemes engineered by Singer, whose top trick was putting forward the white, wealthy children of the families he worked for as poor, Latinx students, in order to steal places set aside for members of visible minorities and students whose families lacked money.

What's more, Varsity Blues's scandal isn't that rich people can bribe their way into top colleges: it's that they cheated by bribing coaches, instead of admissions departments. Universities make no secret of the fact that giving them a couple million dollars for a new building or what-have-you prior to your mediocre kid's application process will guarantee Dunderhead, Jr a place in the program of their choice. Singer figured out how to get the ultra-wealthy a steep discount on their bribery, because college coaches are much cheaper than admissions departments.

It's a fine parable about corruption's slippery slope. Universities are dependent on rich alumni for donations, so they relax their academic standards in order to lure in gifted athletes who will bring home the trophies that inspire rich alums to make big donations.

That little ethical gimme becomes the exception that swallows the rule: if you want to get your not-very-bright kid into a top school, you can get them there by honing their athletic activity. But if you want to get your not-very-bright kid who's also not very athletic into that school, you can bribe the coach to slide them through the athletes' back door. The coaches rationalize their own participation in the system by observing that the admissions department openly solicits bribes from the parents of mediocre rich kids, so why shouldn't the coaches dip their beaks?

Singer wasn't particularly subtle, after all. He had a board stuffed with former presidents of Princeton, Stanford, and Occidental College, as well as the former Chancellor of UCLA and the former Princeton Dean of Admissions (William Bowen, Donald Kennedy, Ted Mitchell, Charles Young and Fred Hargadon). These board members received urgent letters a decade before the scandal from San Francisco University High School's director of college counseling about the corrupt behavior that he'd experienced firsthand in his dealings with Singer. Reider wasn't a rando: he'd been a senior admissions officer at Stanford. The board members insisted that Singer was "a decent guy" and offered to set Reider up for a face-to-face with Singer.

Nor have Singer's board faced any real consequences for presiding over a decades-long, multi-million-dollar scam that involved bribery, money laundering and the corruption of the elite institutions they once served. Indeed, Ted Mitchell was Obama's undersecretary of education and now helms a big lobbying group called the American Council on Education.

The super-rich wrote the checks that let Singer suborn America's top educational institutions, and but they are only part of the problem. The rot goes all the way through the institutions, including their admissions departments, top administrators, and lobbying groups.

What's more, the financial crisis -- which shifted trillions from the pockets of poor and middle-class Americans into the pockets of grifty billionaires -- has only worsened the problem, by concentrating America's wealth and thus its political power. Sage Hill once prohibited its wealthy donors from directing how their donations could be spent, but now, they're happy to have strings attached, a policy that began after the 2008 crisis wiped out donations from mid-sized donors and put the super-rich in the drivers' seat. What happened at Sage Hill is a microcosm for the increasing reliance of all American educational institutions, especially colleges, on the whims of the super-wealthy.

The counselor told me that she worked with Grant for three years, guiding him toward academic programs in sports management. She felt that it was a field that suited both his personal interests and his family connections; through a holding company, his aunt, Lisa Merage, co-owns the Sacramento Kings, a National Basketball Association franchise, as well as the Golden 1 Center, the team’s home arena. The counselor didn’t see tennis as a realistic route to college, given that Grant couldn’t start for his high school.

Apparently, Grant’s mother thought differently. Early in Grant’s senior year, Michelle Janavs asked Longoria to recommend Grant to the coach at either the University of Southern California (her alma mater) or UCLA. (Longoria initially said that it was USC, and later said that it was UCLA.) “I was sort of surprised,” Longoria recalled. Janavs’ request put him in an awkward position. Longoria believed in taking care of his players, and he never refused to write recommendations for them. But, he also valued his professional reputation, and “we all knew Grant couldn’t play” at either university, he said.

To protect himself, Longoria developed a code for recommendation letters that would please the parent and send the correct signal to college coaches. His letters always contained four paragraphs — one each about tennis, academics, family and outside interests. Longoria put tennis first if the player could start for the college team; second if he could be a backup; third if he couldn’t make the team but was responsible enough to be a student manager and handle equipment, laundry and other duties; and fourth if the candidate couldn’t help in any way and Longoria was simply pacifying the family. For Grant’s recommendation, the first two paragraphs were about his grades and his family. Tennis was third. “He could maybe be a manager,” Longoria told me. Apparently grasping his message, coaches declined to recruit Grant. His mother then insisted that Grant apply to Georgetown, which doesn’t offer an undergraduate degree in sports management and had not been on his initial college list. After the family visited Georgetown, Janavs fired the counselor and told her that they were going to work with a second counselor they had hired. His name was Rick Singer.

An Unseen Victim of the College Admissions Scandal: The High School Tennis Champion Aced Out by a Billionaire Family [Daniel Golden/Propublica]