I just learned about the delightful speech-to-song illusion 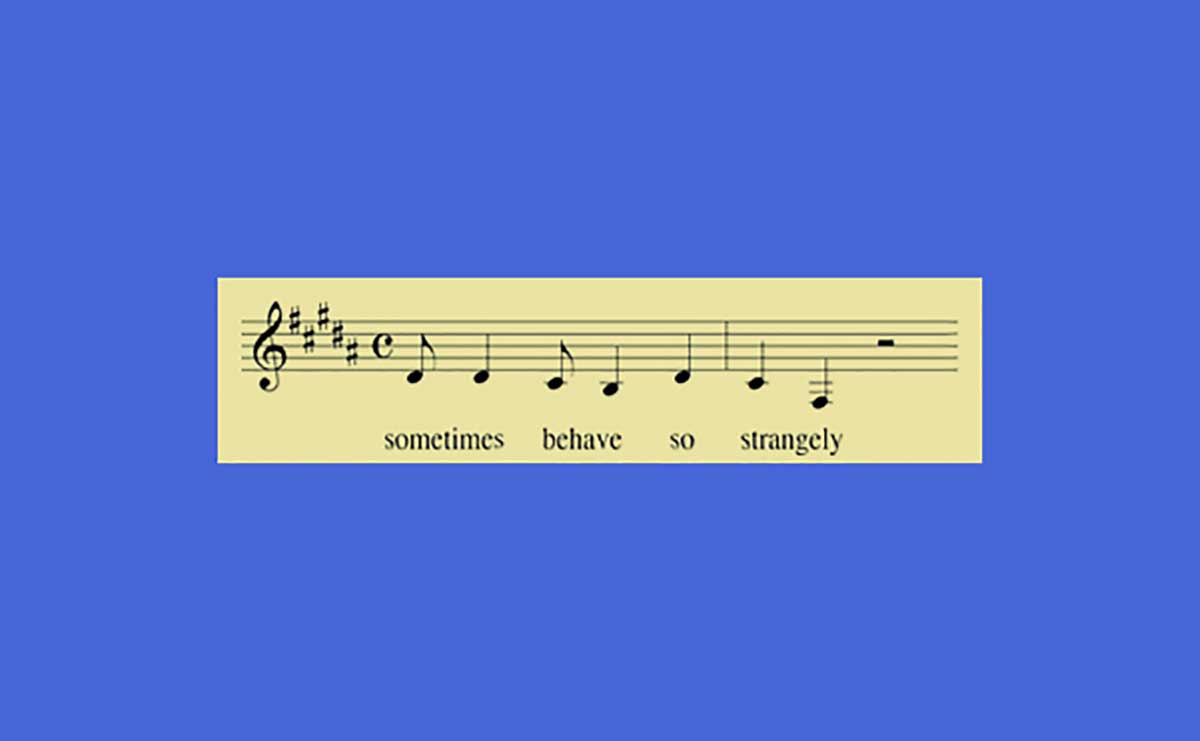 Our friends at Futility Closet wrote this post about the Speech-to-Song Illusion:

In 1995 UCSD psychologist Diana Deutsch was fine-tuning the spoken commentary on a CD when she noticed something odd. When the phrase “sometimes behave so strangely” was repeated on a loop, it came to sound as though it were being sung rather than spoken. When the full surrounding passage was then played in its entirety, this phrase still sounded as though it were being sung (you can hear this here).

The phenomenon is not completely understood, but “the present experiments show that for a phrase to be heard as spoken or as sung, it does not need to have a set of physical properties that are unique to speech, or a different set of physical properties that are unique to song,” the researchers write. “Rather, we must conclude that, assuming the neural circuitries underlying speech and song are at some point distinct and separate, they can accept the same input, but process the information in different ways so as to produce different outputs.”

The first few times I heard the narrator say "sometimes behave so strangely," I heard it as speech. Now, it is impossible for me to hear it as anything other than singing.

Some people can hear this GIF

A lot of people can apparently hear this GIF. I can feel it. The GIF was created by HappyToast.

Audible illusion - this tone seems to rise in pitch forever

BTW: The folks at DeepMiningCorpAssoc sound like assholes. From YouTube: The shepard tone is an audio illusion which seems to get forever higher but never really does. Whoever DeepMiningCorpAssoc is, STOP TRYING TO COPYRIGHT THIS! It doesn’t have a single bit of your music in it! Source of sound graph. All sounds and images in […]