HALLOWEEN: Most terrifying pumpkin ever 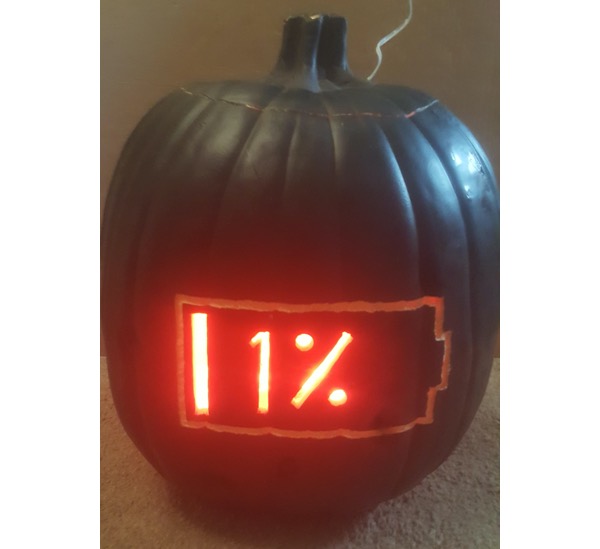 What a work of art.

There are scary jack-o-lanterns and there are HORRIFYINGLY AWFULLY TERRIFYING ONES.

This is one of those, from PyroDragon.

As the title says, this is a continuation from my original post of this Funkin, since it's now completed.I've decided to call him "SPITHOPS ™", which is short for
"Spookiest Pumpkin In The History Of Pumpkin Spooks ™"

This is carved out of one of those newfangled foam pumpkins.
It makes it a h*ck of a lot easier and WAY less messy.
The animals won't eat it, and you can reuse the same pumpkin design every year!

Pencil: For layout of design
Razor Knife: For cutting through foam.
Special Pumpkin Groove Carving Tool: For grooves that aren't going through the wall entirely
Drill and Bits: For holes in design and in the back for power

Go see the whole making of.