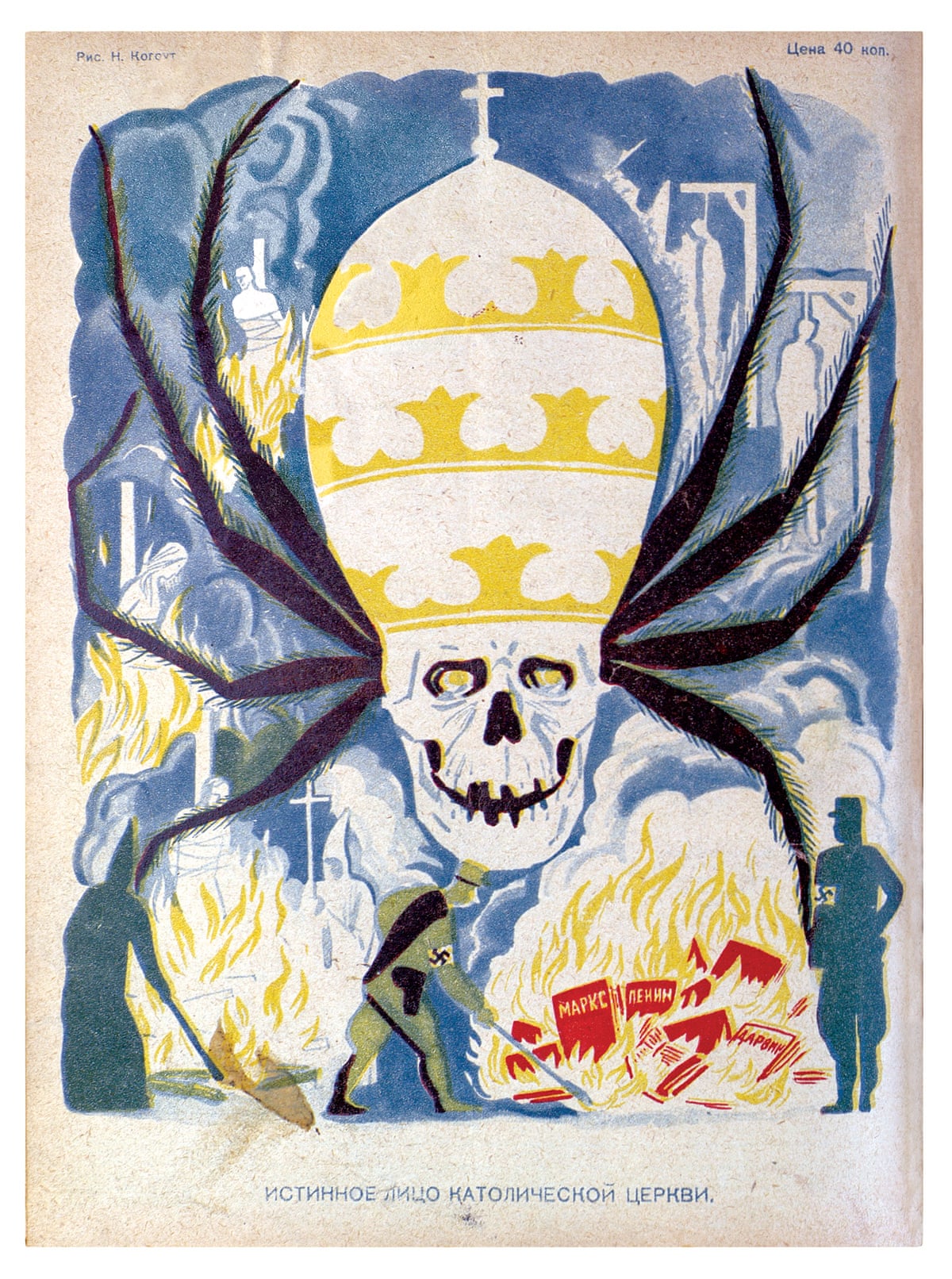 Inspired by Marx's aphorism that "Religion is the opium of the people," the USSR commissioned a wealth of anti-religious artwork, much of it very clever and striking. A new book called Godless Utopia: Soviet Anti-Religious Propaganda, edited by Roland Elliott Brown, Damon Murray and Stephen Sorrell collects the most striking examples of the form. The Guardian has a tremendous gallery of excerpts from the book.

Down with God! How the Soviet Union took on religion – in pictures [The Guardian]