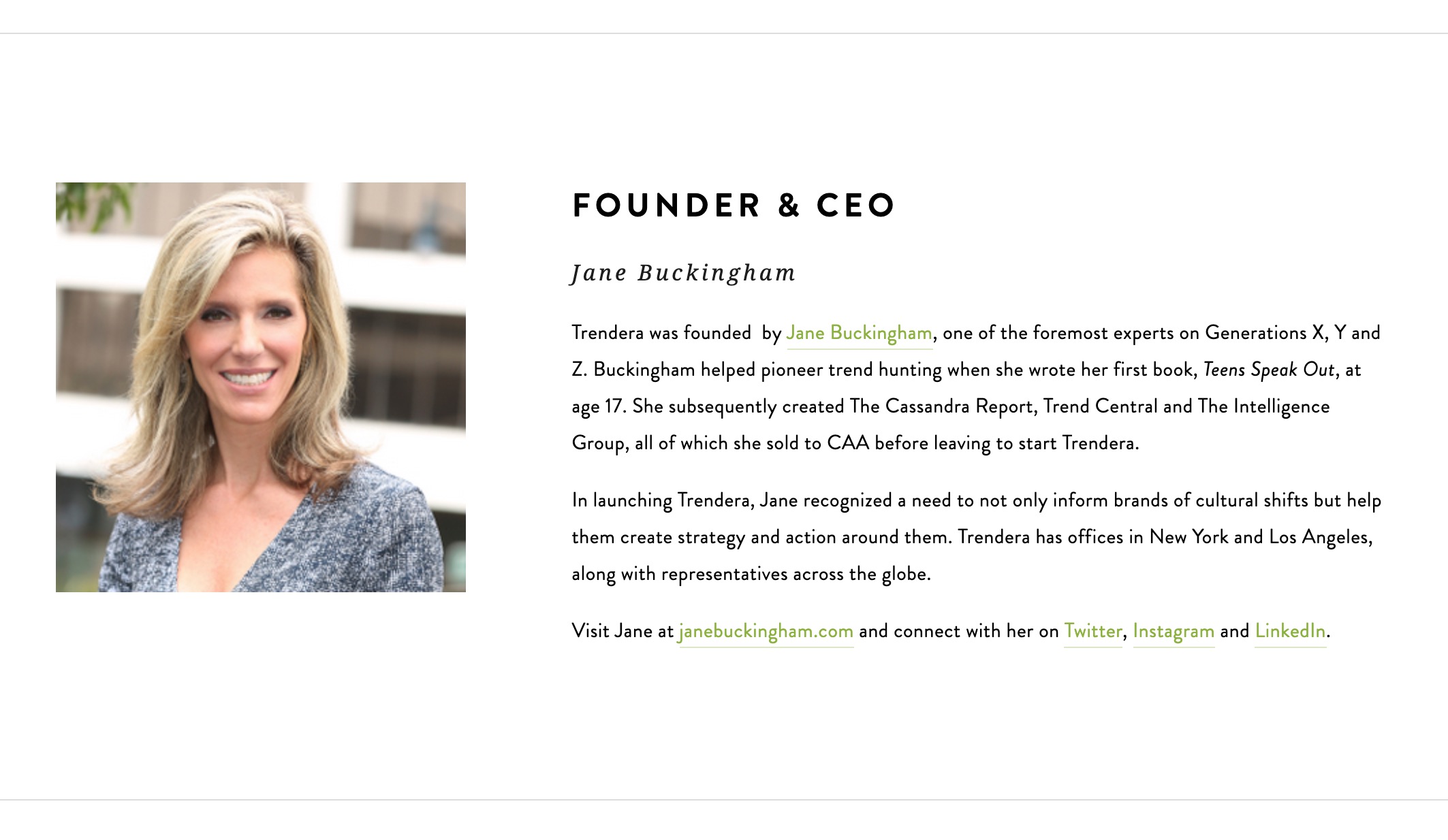 Jane Buckingham, a popular parenting advice book writer, was sentenced to just three weeks in prison for paying $50,000 to have someone take a college entrance exam for her son. She is the founder of a boutique marketing agency called Trendera, which counts Target, Nickelodeon, Hearst, Stubhub, and Hilton Worldwide among its clients.

As part of the test-cheating scheme, according to the complaint, Buckingham gave scam mastermind Rick Singer an example of her son's handwriting so that the proctor, Mark Riddell, could imitate it for the exam. Singer and Riddell have both pleaded guilty.

Buckingham's son ultimately received a score of 35 out of 36 on the ACT. She then wired $35,000 to a bank account controlled by Singer's sham charity and informed him that she would seek to have her former spouse pay the remaining $15,000, the complaint states.

On May 8, 2018 Buckingham posted a graphic that said DONT CHEAT (sic) to her Instagram account, along with the comment: "Apply it to all aspects of life and you’ll probably be ok." A month later Buckingham was recorded by the FBI making arrangements to pay someone to pretend to be her son and take a college entrance exam in his name.