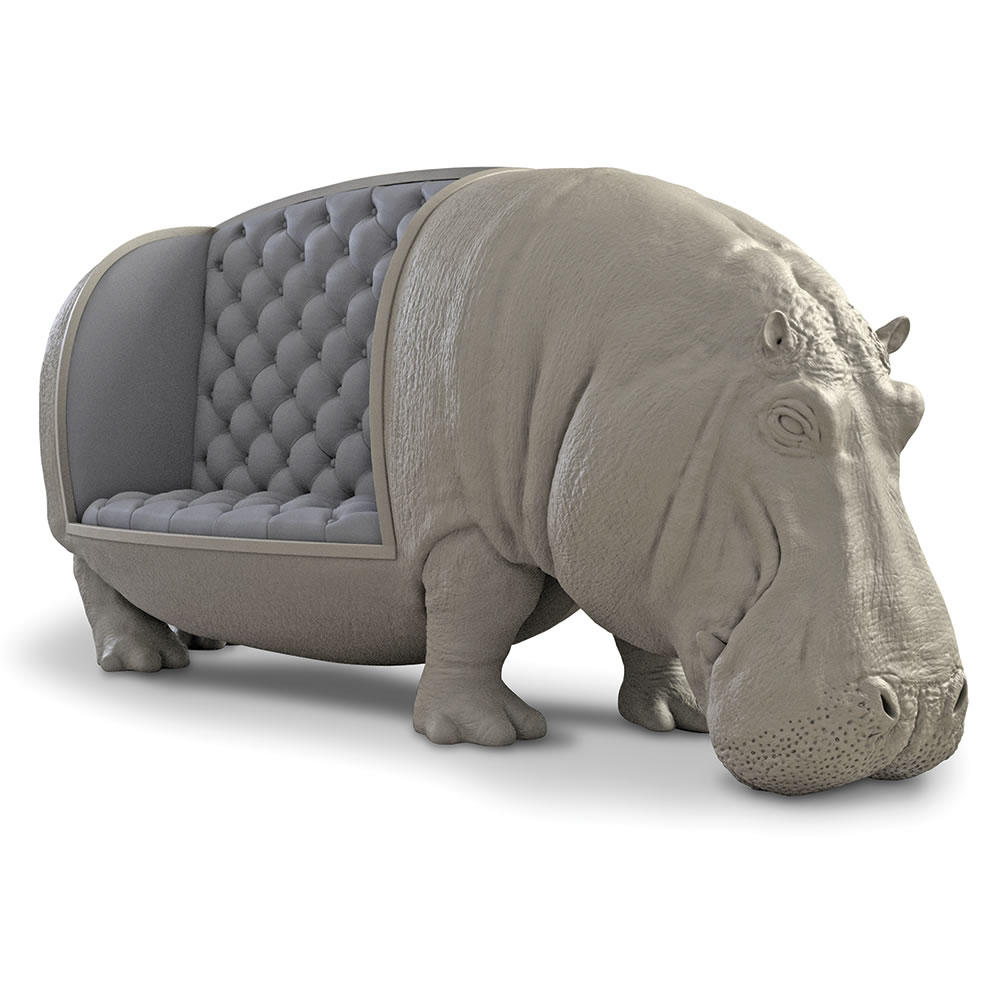 The holidays are right around the corner, so here are some gems from Hammacher Schlemmer's current offerings.

The Handcrafted Hippopotamine Sofa is listed at $95,000 and "requires over 400 hours to make due to the intricate design and the artist’s painstaking attention to detail."

The Mini Monster Truck is listed at $125,000, promises a top speed of 25 MPH, and includes a "nitrous oxide system for immediate acceleration that enables easy jumps over obstacles."

The Exotic Virtual Adventure Run is $8,000 features a concave monitor loaded with "the otherworldly landscapes" of California’s Joshua Tree National Park, the Pacific coastline, a rustic lakefront village, and Area 51.

The Canine's Passive Solar Condominium is $37,000 and designed to evoke "the passive homes designed by Frank Lloyd Wright."

But perhaps the strangest item is the Marble Machine Orchestra, listed at $95,000:

This is the mechanical musical apparatus made in Sweden that generates mellifluous melodies with a multitude of marbles. Constructed from birch plywood and steel, it is comprised of gears, pulleys, tracks, lifting fingers, and funnels that work in concert to generate the precisely timed release of marbles which strike instruments. The entire operation begins by turning the handcrank to set the 18" flywheel into motion, which stores rotational energy and provides the musician a way to keep even time. Working similarly to a music box, the machine's marbles strike the keys of the built-in vibraphone, the four strings of an electric bass guitar, a kick drum, snare drum, hi hat, one-stringed modulin, and a sizzle cymbal—the operator pushes/pulls a series of levers to activate/deactivate a particular instrument. The programming wheel contains a 64-bar loop, which makes the device similar in operation to the Orchestrions of yesteryear.