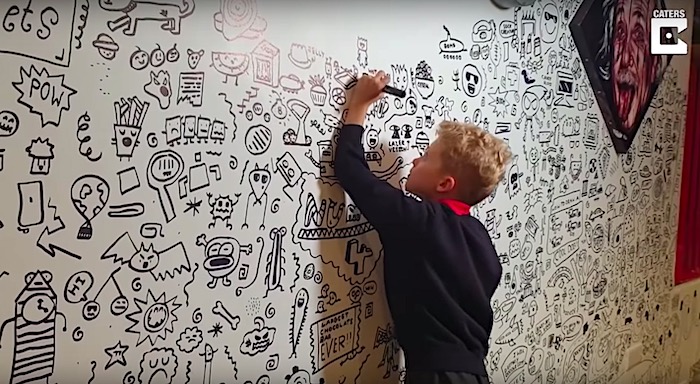 Joseph, a 9-year-old boy, is an avid doodler, and was told by his teacher at school to stop doodling. But he didn't stop. And now, still age 9, he's a working artist after being asked to doodle a wall at Number 4, a restaurant in Shrewsbury, England.

He got the job when his after-school art teacher had a look at Joseph's doodle book. The teacher was so impressed he posted one of the pages on Instagram. That's where the owner of Number 4 noticed and asked Joseph if he wanted a job as an artist.

"When my dad first brought it up, I was really excited, but I thought it was going to be really small, and then when I looked at the wall, it was ginormous."

Joseph says he wants to be an artist when he grows up, but apparently he's already hit that goal.