Man arrested off plane after grabbing another passenger "by the crotch" 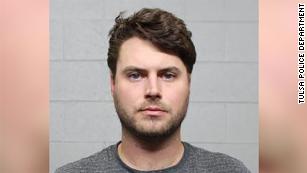 A man was arrested off a flight by police Tuesday after allegedly grabbing another passenger's crotch and causing the captain to divert to the nearest airport after the incident. James Clayton Cholewinski-Boy was charged with abusive sexual contact.