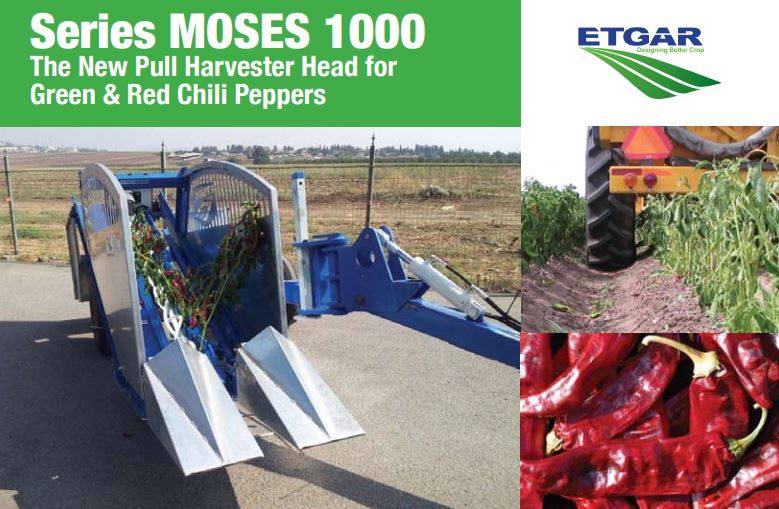 This week, 99% Invisible and Rose Eveleth focus on chili peppers. Picking chili peppers is back-breaking work, and increasingly farm owners can't find anyone willing to do it:

Farms across the United States are reporting shortages of labor. Since 2002, the number of immigrants coming into the United States to work in agriculture has dropped by 75 percent. In California, one survey found that 56 percent of farmers were unable to hire enough workers.

Green chilis are just unripe red chilis which means that the seeds inside of them aren’t ready to germinate yet, so the plant doesn’t want to give the fruit up, and it holds onto it more tightly.

As a result, farmers are planting fewer chili peppers:

Instead of picking the peppers off the plant, the machine would literally rip up the entire plant and try to stuff it in its mouth, like some kind of mechanical toddler choking on a toy. Another machine they tested had the opposite problem — it was so gentle that it left 40 percent of the fruit on the plant.

So, scientists have set out to design a chili pepper that's easily-picked by a machine (like the Moses 1000 seen above):

Walker’s special peppers will need to have a few key traits, like stronger, deeper roots, more fruits hanging on the outside of the plant, and of course… good flavor. To get a plant with all those things, to get everything on her wishlist, takes time.

Lots of farmers are wary of GMOs, so Walker isn’t using any fancy genetic editing techniques. The traditional breeding process requires rubbing flower parts together in a greenhouse, planting the seeds, and waiting to see what you get, year after year.

Visit 99% Invisible or wherever you get your podcasts to see how the efforts have gone.