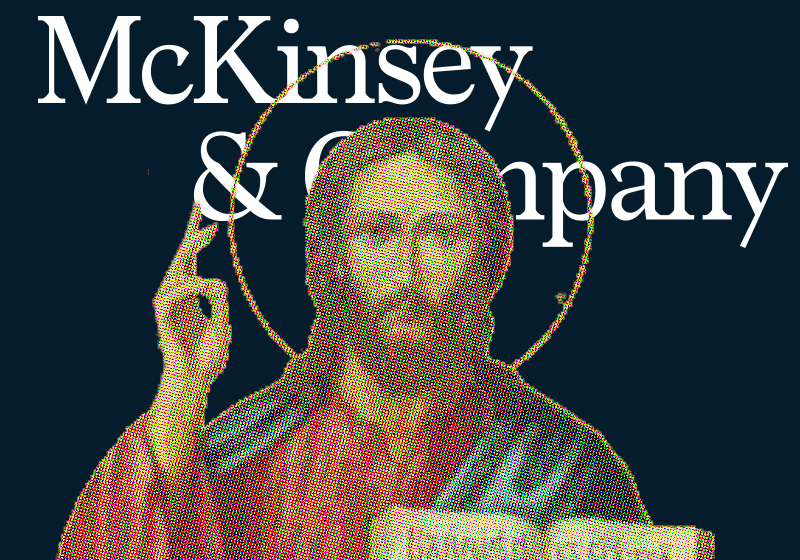 Reading about these scandals, you may be asking yourself how it's possible that McKinsey can be so extraordinarily terrible, and for an answer, you need look no further than the company's own internal discussions of its role in society.

Propublica obtained McKinsey's 2010 internal history, in which employees are told that the firm is comparable to "the Marine Corps, the Roman Catholic Church, and the Jesuits" in that it is "analytically rigorous, deeply principled seekers of knowledge and truth" married with a sense of shared values that exceeds what "even the Catholic Church can promise."

McKinsey has, since then, disclosed a number of new potential conflicts in old bankruptcy cases and paid $32.5 million to creditors and the United States trustee to settle claims over insufficient disclosures. The trustee has said that “McKinsey failed to satisfy its obligations under bankruptcy law and demonstrated a lack of candor.” The firm denies wrongdoing and says it settled “in order to move forward and focus on serving its clients.”

Subsequently, McKinsey has moved, in effect, to rewrite the rules. It drafted a protocol ostensibly meant to clarify what advisers like itself need to disclose. Critics pointed out that McKinsey’s protocol allows such firms to avoid disclosing relationships they deem indirect or “de minimis.”

There remains more to come. Apart from the criminal investigation, a judge in Houston has scheduled a trial in February to decide the merits of Alix’s allegations. The judge, David R. Jones, has described the trial in apocalyptic tones. It will be, Jones has said, “the ultimate career ender for somebody.” For McKinsey, a trial would mean being called on to defend its work in public — with real accountability and real consequences for its actions. The firm might even benefit in the long run from the sunlight.

How McKinsey Makes Its Own Rules [MacDougall/Propublica]

On this week's Intercepted podcast (MP3) (previously), host Jeremy Scahill (previously) takes a long, deep look at the history of McKinsey and Company, whose consultants are the architects of ICE's gulags, a failed, high-cost initiative to curb violence at Rikers Island that used falsified data to secure ongoing funding -- a company whose internal documents […]

Consulting giant McKinsey -- notorious price-gougers and architects of ICE's gulags -- took on a contract to help reduce violence at Riker's Island, and, $27.5m later, produced nothing but a set of trite and pointless recommendations that were largely ignored, backed by "research" that both McKinsey personnel and Riker's guards helped to falsify.