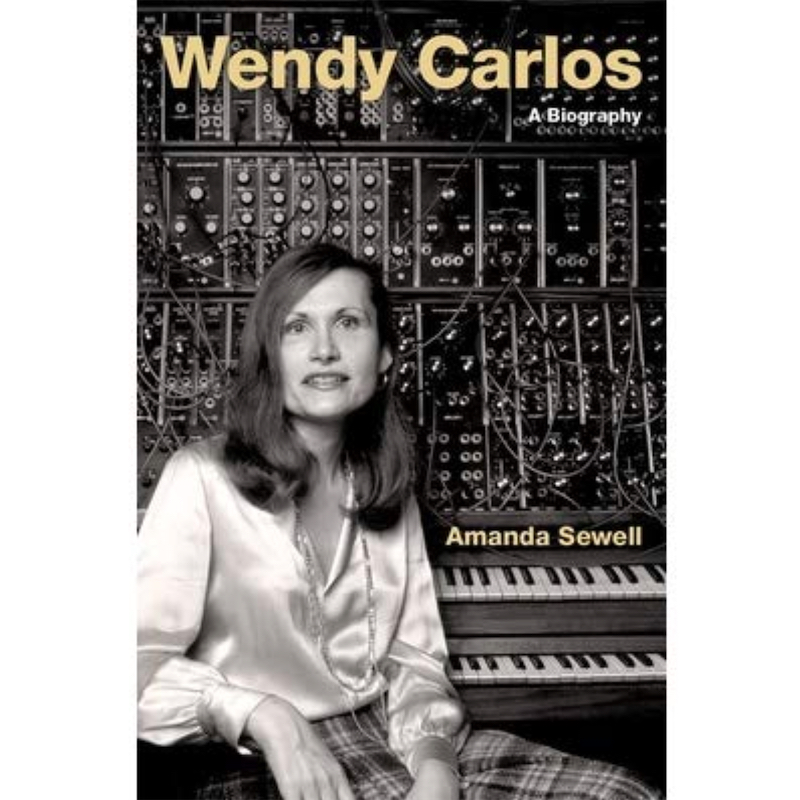 From her groundbreaking first album Switched-On Bach (1968) to the unforgettable soundtracks for A Clockwork Orange (1971), The Shining (1980), and Tron (1982), Wendy Carlos is a living legend of electronic music. In March, Oxford University Press will publish Wendy Carlos: A Biography, written by musicologist Amanda Sewel, musical director of Interlochen Public Radio. From the book description:

With her debut album Switched-On Bach, composer and electronic musician Wendy Carlos (b. 1939) brought the sound of the Moog synthesizer to a generation of listeners, helping to effect arguably one of the most substantial changes in popular music's sound since musicians began using amplifiers. Her story is not only one of a person who blazed new trails in electronic music for decades but is also the story of a person who intersected in many ways with American popular culture, medicine, and social trends during the second half of the 20th century and well into the 21st. There is much to tell about her life and about the ways in which her life reflects many dimensions of American culture.

Carlos's identity as a transgender woman has shaped many aspects of her life, her career, how she relates to the public, and how the public has received her and her music. Cultural factors surrounding the treatment of transgender people affected many of the decisions that Carlos has made over the decades. Additionally, cultural reception and perception of transgender people has colored how journalists, scholars, and fans have written about Carlos and her music for decades.