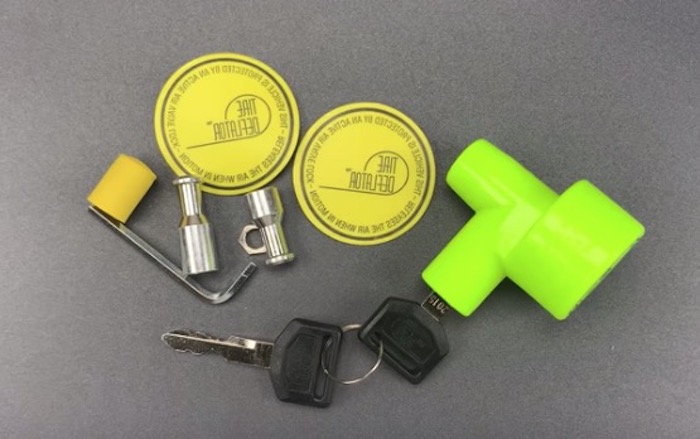 You can buy a little anti-theft device that locks to the valve stem of a car tire. If the car is driven faster than 17 miles an hour, the air leaks out of the tire. The device is made of bright green plastic so that a would-be thief will spot it and be discouraged from stealing the car. It's a neat idea, but the LockPickingLawyer was able to pick the lock in a jiffy using a "low-skill raking attack." And that means professional car thieves already know how to pick the locks on these things, too.

The Lockpicking Lawyer runs a YouTube channel with videos showing how he picks different kinds of locks. In this video, he uses a magnet to activate the deadbolt on a fancy touchpad system. What a great way to pick locks in this time of social distancing! <em>Image: YouTube</em>

The LockPickingLawyer, who runs a YouTube Channel about recreational lockpicking, bought a Mofut Key Lock Box. Inside the box was a card offering $10 in the form of a gift card or cash via PayPal, in exchange for a 5-star review, which is a clear violation of Amazon’s terms of service for sellers. The card […]

It’s the lockpicking lawyer again, a favorite around these parts, today showing how to open a fancy electrical gun safe with a bottle of orange juice. “That opened pretty easily. Let’s try that one more time just in case it was a fluke.” I’m waiting for the video where he introduces himself – “This is […]