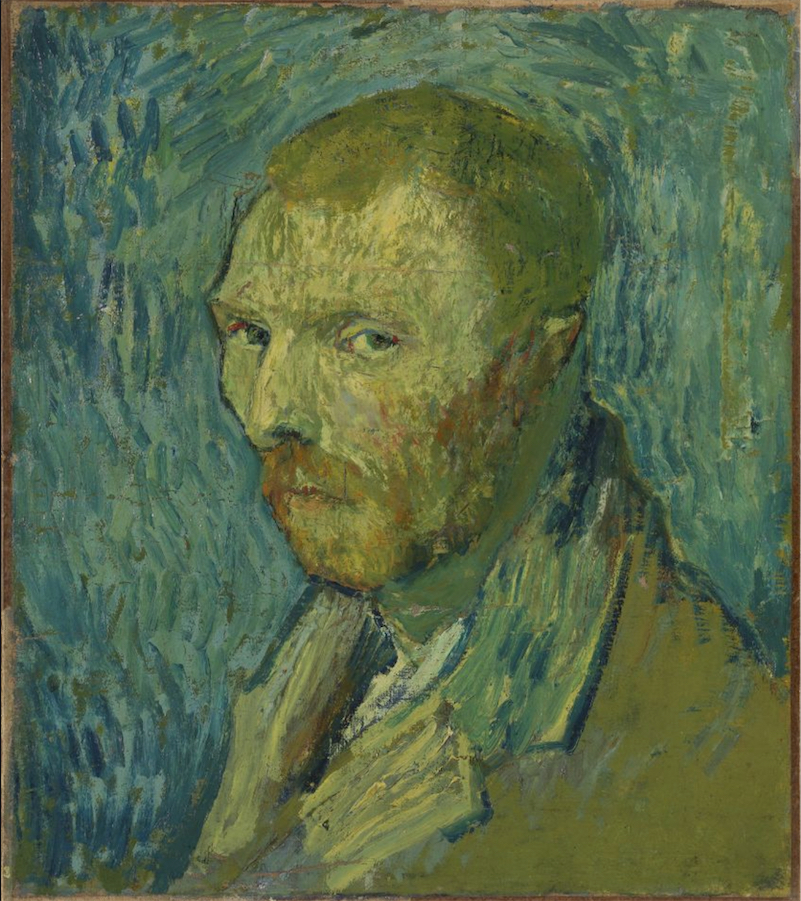 The painting belongs to Norway’s National Museum but is currently on display at the Van Gogh Museum in Amsterdam. From The Art Newspaper:

The painting is now linked to a letter in which Van Gogh wrote that he had made a self-portrait which was “an attempt from when I was ill”. The artist had suffered a severe mental attack at the asylum in mid July 1889, when he tried to swallow paints, but by 22 August he had recovered sufficiently to write to his brother Theo, asking that he be allowed access to his painting materials. (Researcher Louis) van Tilborgh argues that the artist made the self-portrait a few days later, before he suffered a minor setback and was ill for a short period at the beginning of September...

Eight months earlier Van Gogh had severely mutilated his left ear, which at first glance appears to be the one in the painting. But while working on the self-portrait he would actually (have been) looking at his features in a mirror, in reverse, thereby seeing his intact right ear.

However, Van Gogh must surely have realised that those outside the art world would assume that he was depicting his left ear, which had been mutilated. He could have tried to avoid the problem by disguising some of the ear with hair, but he has deliberately and unflinchingly allowed the upper part to remain highly visible, with lighter-coloured paint.

Van Tilborgh argues that the artist began by depicting his fully intact right ear, but then took a palette knife to the picture, scraping away some of the paint. He believes that Van Gogh scraped the picture to give his face a more lifeless expression and to strengthen the impression of mental anguish.