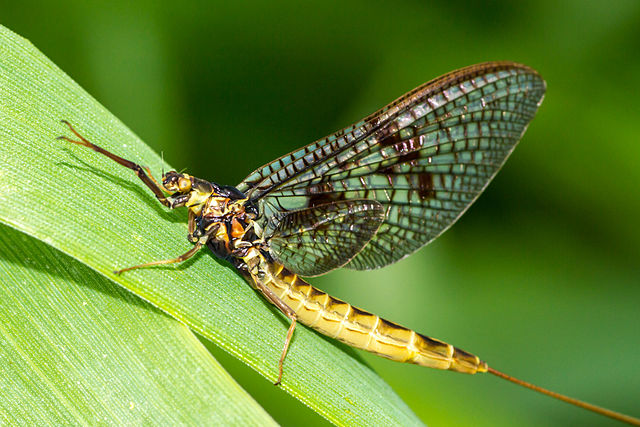 Insect populations around the world are plummeting. The latest indicator of the insect apocalypse is the sharp decline in the number of mayflies, reports National Geographic. The winged insects can form swarms of up to 80 billion and are an important source of food for fish, birds, and bats.

According to a study published yesterday in Proceedings of the National Academy of Sciences, mayfly populations throughout northern Mississippi and Lake Erie have dropped by over 50%.

NatGeo cites a number of possible reasons for the precipitous decline: an abundance of pesticide pollutants in freshwater systems, mayfly nymph-killing algae blooms caused from fertilizer runoff, and higher water temperatures brought on by climate change.

Unfortunately, they’re not alone: Studies around the world have shown alarming declines of a wide variety of insects. A study published in the journal Biological Conservation in April suggested that 40 percent of all insect species are in decline and could die out in the coming decades. (Learn more: Why insect populations are plummeting, and why it matters.)