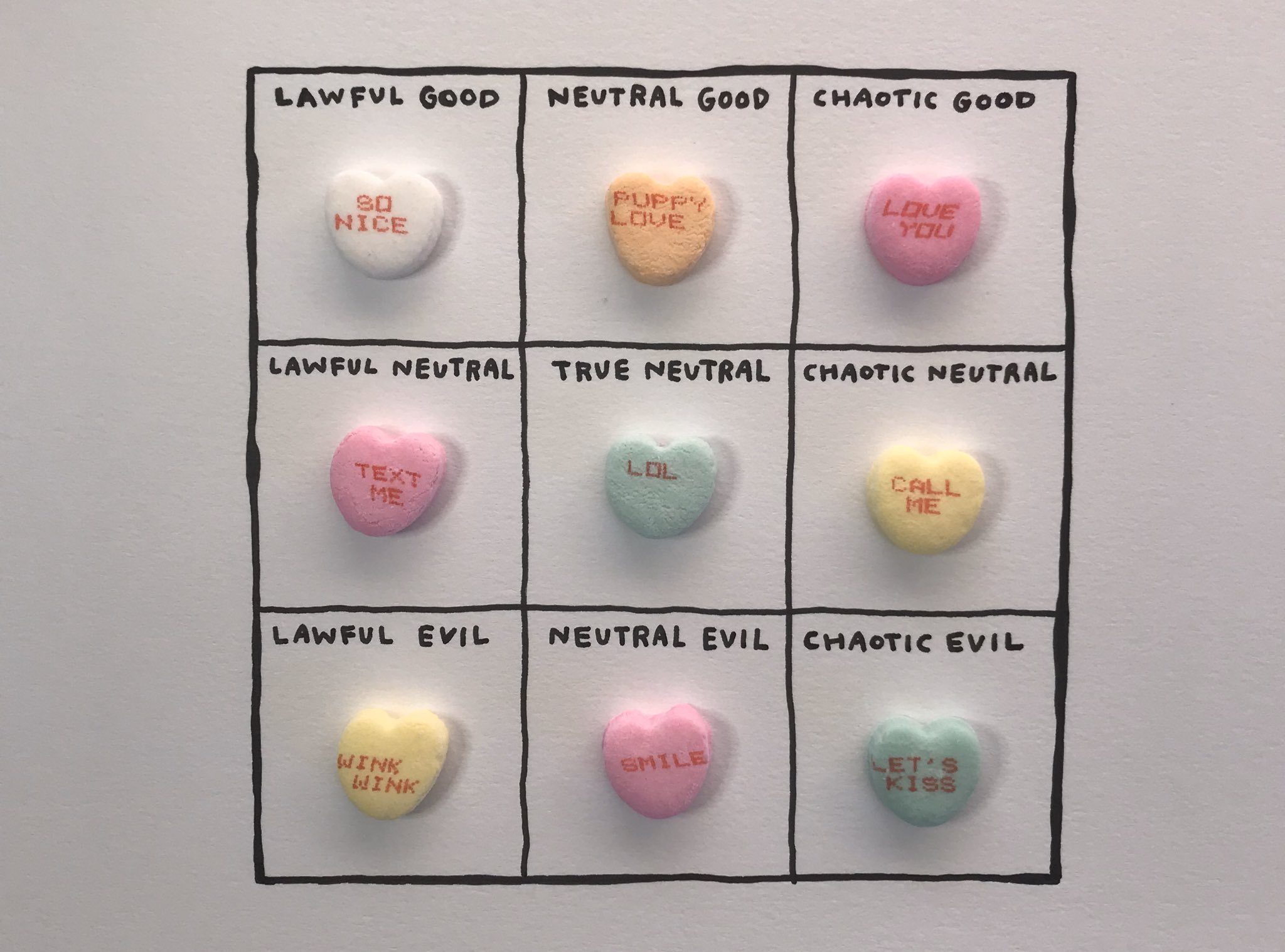 I need a new hobby pic.twitter.com/bRn5QJ4u90

Which alignment are you? Would you use different candy hearts?