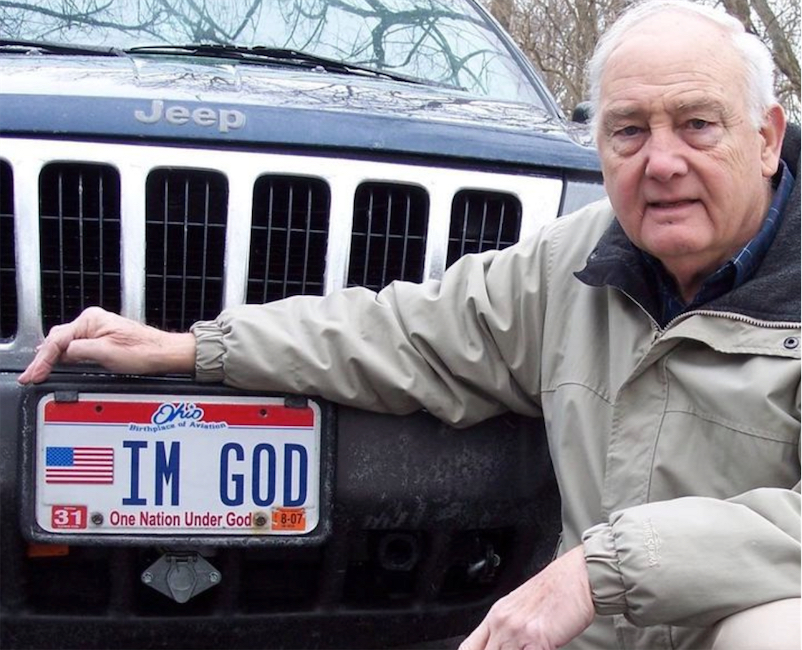 Hart, who identifies as an atheist, says his personalized plate is his way of spreading a political and philosophical message that faith is susceptible to individualized interpretation.