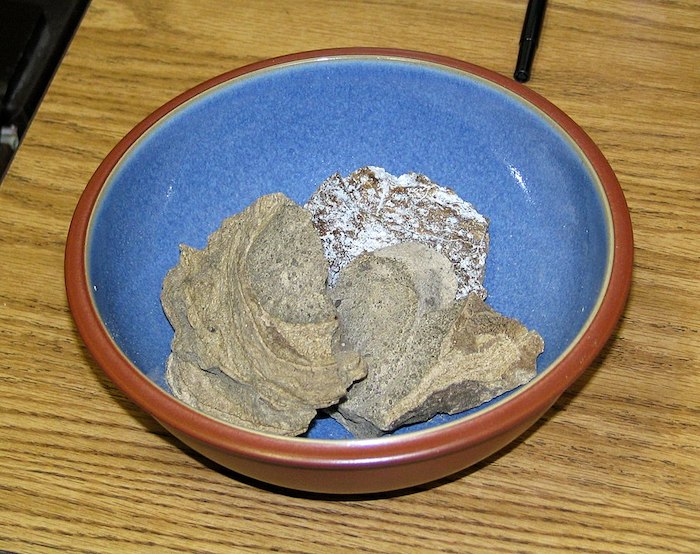 Real ambergris from a whale. By Photographer: Peter Kaminski – Flickr  CC BY 2.0

Rizwan Fadnis and Rajesh Surve, both 33, were arrested outside a bus depot in Mumbai for being in possession of 7 kg of whale vomit valued at over $275,000 reports The Hindu. The substance, also known as ambergris, is unlawful to possess without a license.

"The accused tried to sell the whale vomit by claiming that its consumption helps increase the libido. Ambergris is mainly used in perfumes and cosmetics and fetches a handsome price based on its age. It has an unpleasant smell soon after it is secreted, and as it ages, starts producing a sweet smell," an officer said.

Who doesn't love a free meal? From Nautilus Live: During the final dive of this year's Nautilus expedition season, our team discovered a whale fall while exploring Davidson Seamount off central California's coast with researchers from Monterey Bay National Marine Sanctuary. The skeletal remains of the whale lying on its back are estimated to be […]

This is pretty incredible video. Make sure to unmute, and have your speakers or headphones on. These whale watchers definitely got their trip's worth.

News continues to worsen for marine mammals on the west coast. In addition to terrible domoic acid poisoning for seals and sea lions, whales are passing away at a record rate. HuffPo: Thirty-one dead gray whales have been spotted along the entire West Coast since January — the most for this time of year since […]