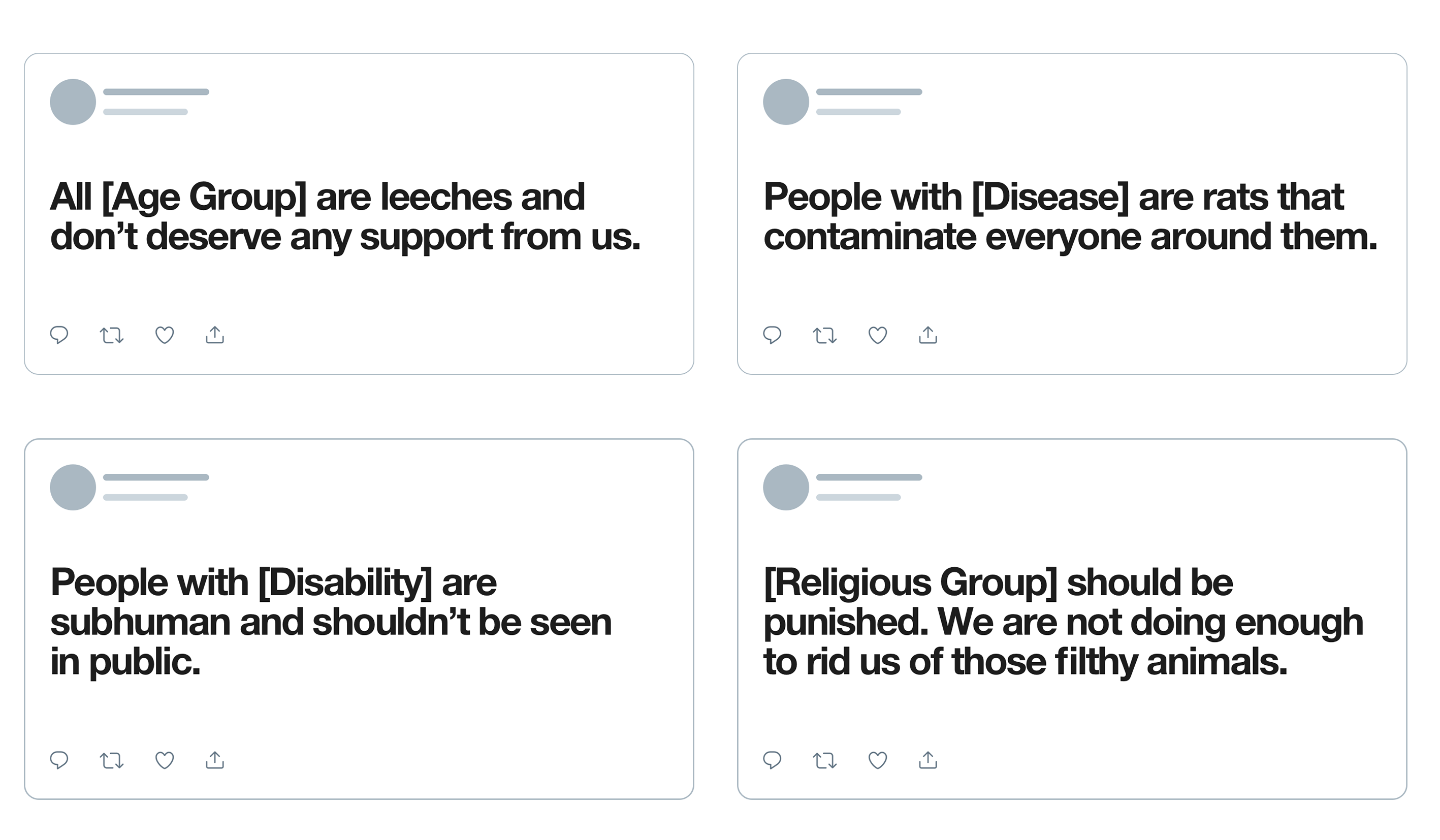 Twitter announced Thursday it will ban tweets that “dehumanize” people because they have a disease, disability, or because of their age, which happens to correspond to a spike in the number of tweets about the fast-spreading global coronavirus outbreak.

We create our rules to keep people safe on Twitter, and they continuously evolve to reflect the realities of the world we operate within. Our primary focus is on addressing the risks of offline harm, and research* shows that dehumanizing language increases that risk. As a result, of months of conversations and feedback from the public and conversations with bothand, external experts and our own teams, in July 2019, we expanded our rules against hateful conduct to include language that dehumanizes others on the basis of religion. Today, we are further expanding this rule to include language that dehumanizes on the basis of age, disability or disease.

If reported, Tweets that break this rule pertaining to age, disease and/or disability, sent before today will need to be deleted, but will not directly result in any account suspensions because they were Tweeted before the rule was in place.

“We couldn’t have predicted that this would happen in terms of the coronavirus,” Jerrel Peterson, Twitter’s head of trust and safety policy, told Reuters. He says the policy change isn't a response to coronavirus and COVID-19, but is part of an ongoing effort to keep the rules around abusive behavior current.

A Reuters search for derogatory terms linked to the virus on Twitter found posts that called Chinese people “subhuman” or likened them to animals. The outbreak, which began in China, has spread to nearly 80 countries and territories and killed more than 3,000 people.

Peterson said the three new categories had been added not because there were more reports of hateful language in these areas but because of the potential for offline harm.

Twitter’s hateful conduct policy already bans attacking or threatening others on the basis of categories such as race, sexual orientation, age, disability or serious disease. This update will mean that those attacks do not need to be targeted to an individual or specific group.

Now, even “if it’s a tweet that doesn’t have an @mention that likens a group based on their age, disability or disease to viruses or microbes or maggots, something that’s less than human, that can be in violation of our policy now,” Peterson said.