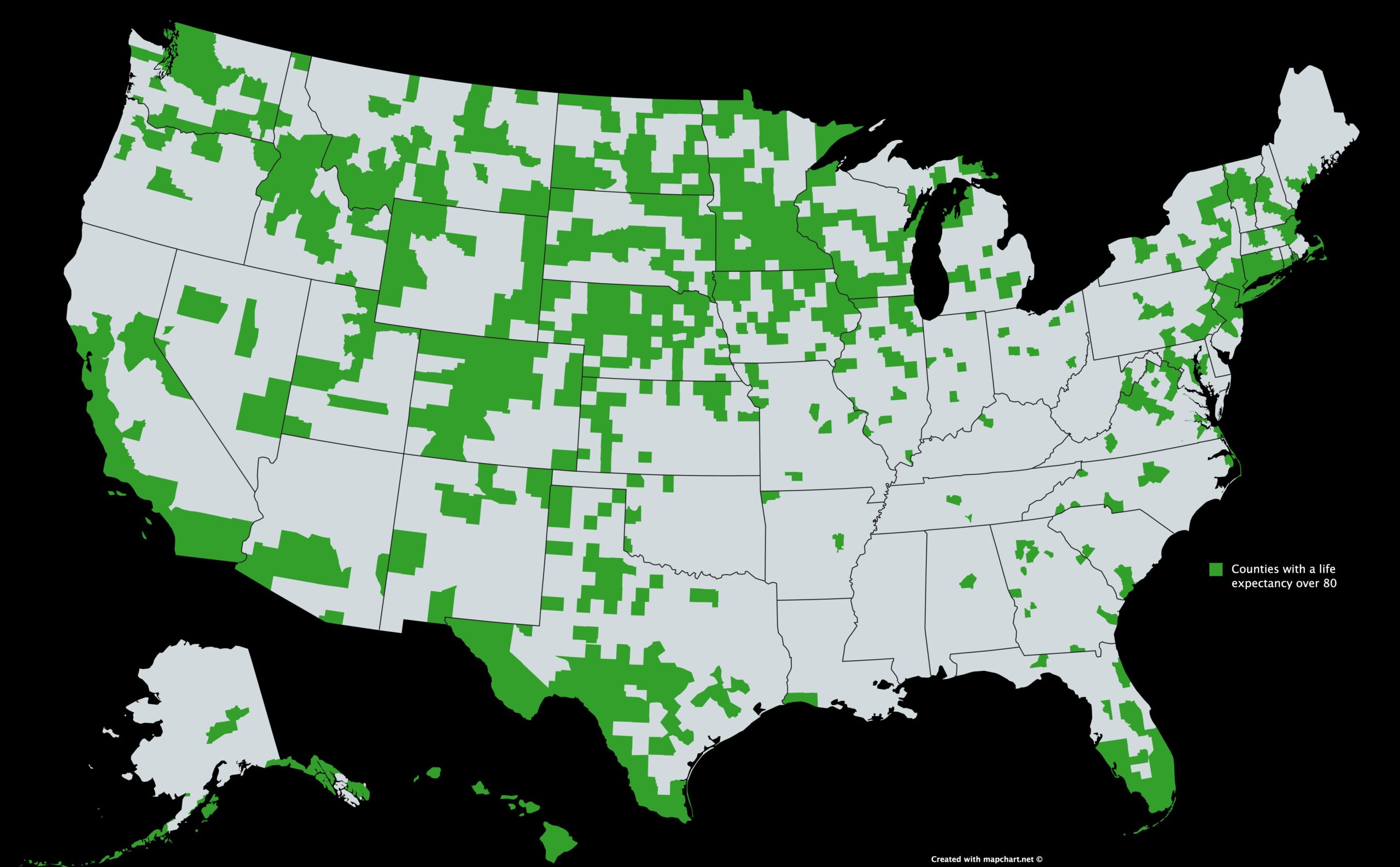 I believe the only states with not a single long-lived county are Mississippi and Delaware.