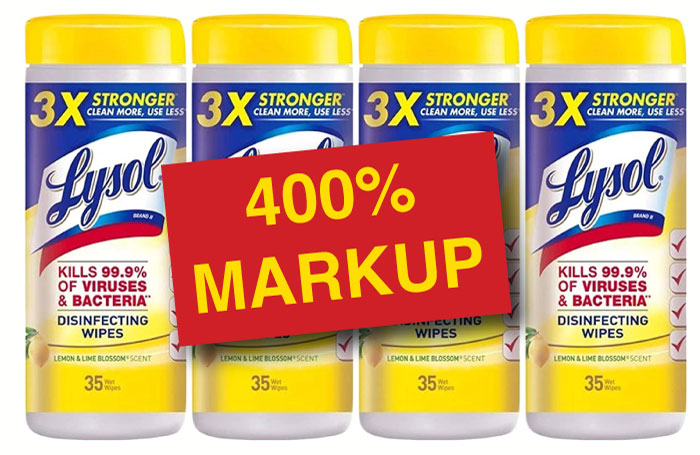 A Toronto Star article profiles married couple Manny Ranga and Violeta Perez, who drive around to Costcos and load their pickup with hand sanitizer bottles and disinfectant wipes, then resell the items on Amazon at quadruple the purchase price. They claim to have made over $100,000 so far by gouging.

The couple say they’ve made a bundle in the past three weeks hitting up every Costco store in the region each day, buying up as many Lysol wipes and liquid cleaners as they can — spending thousands of dollars at a time — and then reselling them, mostly on Amazon, to private individuals and companies.

Ranga, 38, said one six-pack of wipes that goes for $20 at Costco can fetch four times that online. (A check of Amazon on Thursday showed that a six-pack was going for $89 under their seller name “Violeta & Sons Trading Ltd.”)