Trump said "I didn't know about" cutting pandemic response team. Here's a 2018 video of him talking about why he cut the team 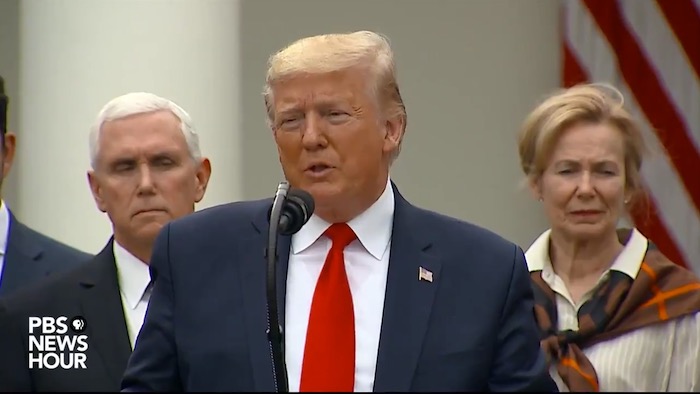 Quotes from Trump about disbanding the US pandemic response team in 2018:

2018: “...some of the people we’ve cut they haven’t been used for many, many years and if we ever need them we can get them very quickly and rather then spending the money. I’m a business person, I don’t like having thousands of people around when you don’t need them,” he added.

WATCH: @Yamiche asked the president about a reorganization of the National Security Council that dismantled a key pandemics team in 2018.

President Trump: "I just think it's a nasty question... You say we did that, I don't know anything about it." pic.twitter.com/lWo0YKS1rl